The environmental situation in the Mar Menor, Europe’s biggest salt water lagoon, continues to be worrying. This Friday thousands of dead fish and crustaceans have been found again and the Cartagena City Council has closed nine beaches to facilitate cleaning. 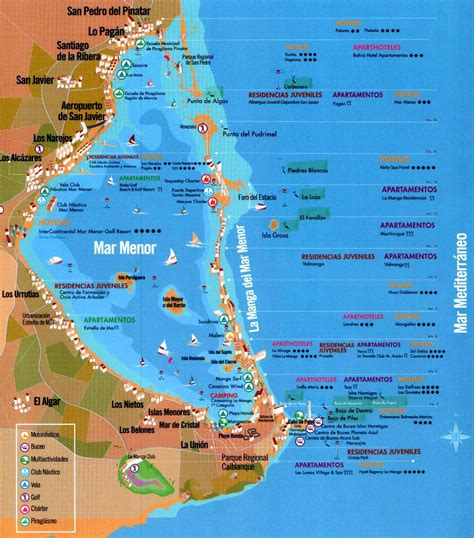 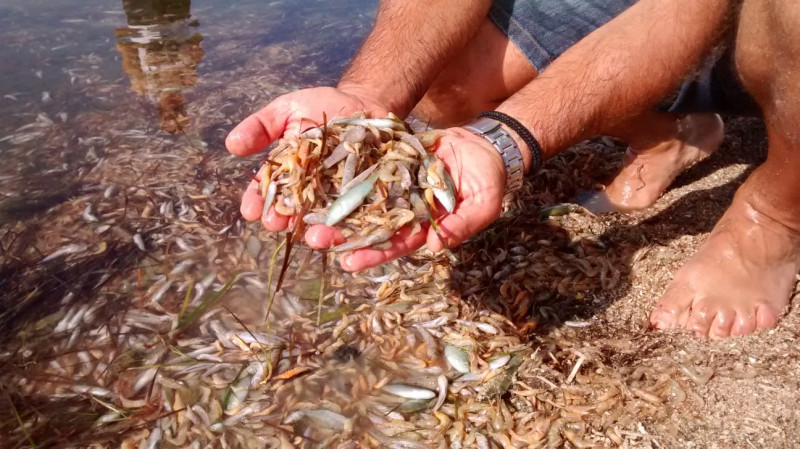 From the Consistory, residents are requested not to approach these areas to facilitate cleaning tasks and avoid any risk due to the passage of machinery.
This is the fifth consecutive day in which dead fish appear on beaches in the area, which has led to criticism from the opposition towards the regional government of Fernando López Miras, from the Popular Party, which has initiated an investigation into the causes, among complaints by the opposition and environmentalists of the deterioration of this natural area.


The general director of the Mar Menor, Miriam Pérez, assured this Thursday that in the analyzes carried out “certain areas have been detected”, more in the interior, “with hypoxia” [oxygen deficit].
The first measurements showed an increase of about three degrees in the water temperature, although the oxygen values ​​”were not significantly low”, in line with the results obtained last week, when the monitoring did not reflect an “alarming decrease” levels, he said at a press conference. 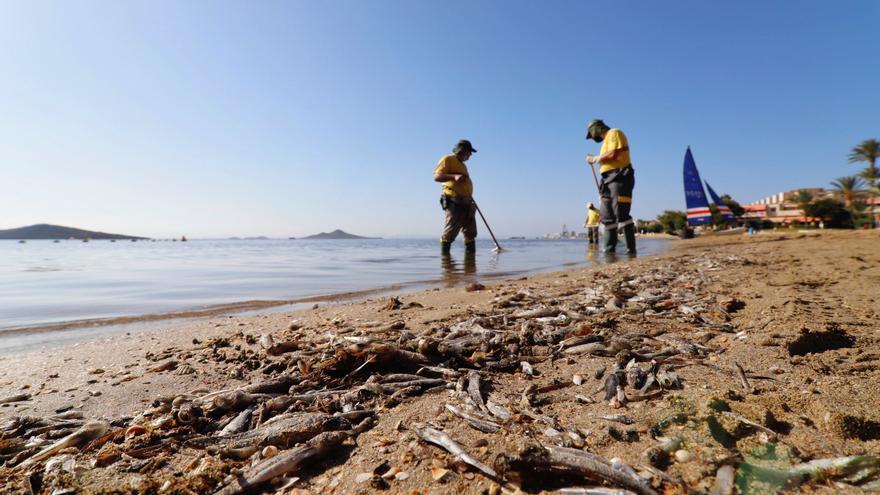 Environmentalists have denounced the death of the fish.
“However, we warned that an extreme heat wave, for example, could cause a change in trend,” said the CEO, who stressed that “we have been warning for weeks that a change in conditions could cause a rupture of the ecosystem with serious consequences ”.
The regional government has demanded from the Secretary of State for the Environment “a protocol to deal with a possible episode of anoxia in the Mar Menor”, and has required it to, by virtue of its powers, “carry out the actions it considers necessary to alleviate the damage that this new episode may cause on the ecosystem ”.
We can denounce “the drama” of the Mar Menor 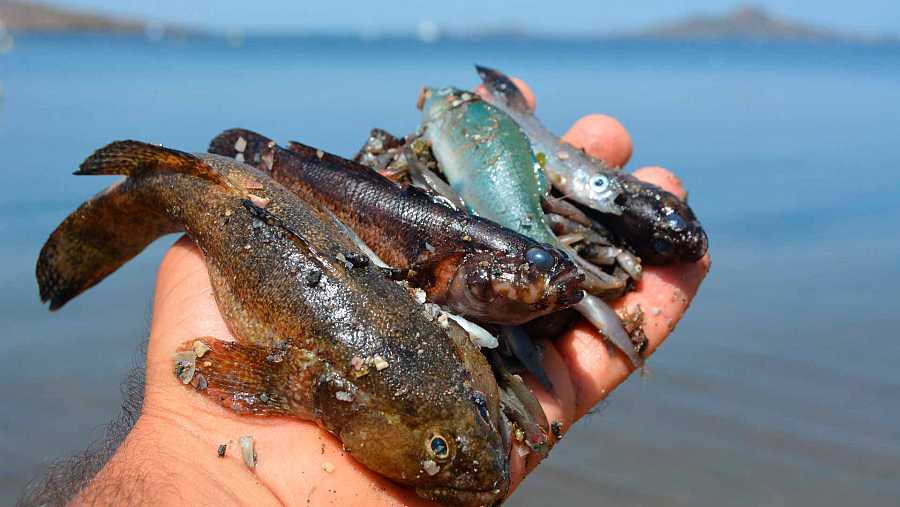 For its part, Podemos has launched through social networks a video with which it intends to reveal “the true causes of the dramatic state in which the Mar Menor is,” party sources reported in a statement. 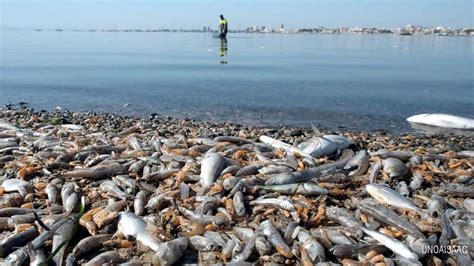 The Secretary of Organization of Podemos, Ángel Luis Hernández, has asked citizens “not to be carried away by the intoxication campaigns of the regional government and the lobbies of multinational agribusiness companies.”
“The truth is at the bottom, hidden under tons of nitrates and lies,” Hernández assured, paraphrasing the title of the video released by the ‘purple’ formation and collected by Europa Press.

According to Podemos, “in less than 48 hours the regional government of López Miras has completely changed its version of events, first ruling out that we were facing a new episode of anoxia and giving in shortly after to the evidence.”
Faced with the situation in this salty lagoon, a group of professionals from the University of Murcia together with the lawyer and professor of Philosophy of Law, Teresa Vicente Giménez, have launched an initiative to convert the Mar Menor into a legal entity and have its own Rights. 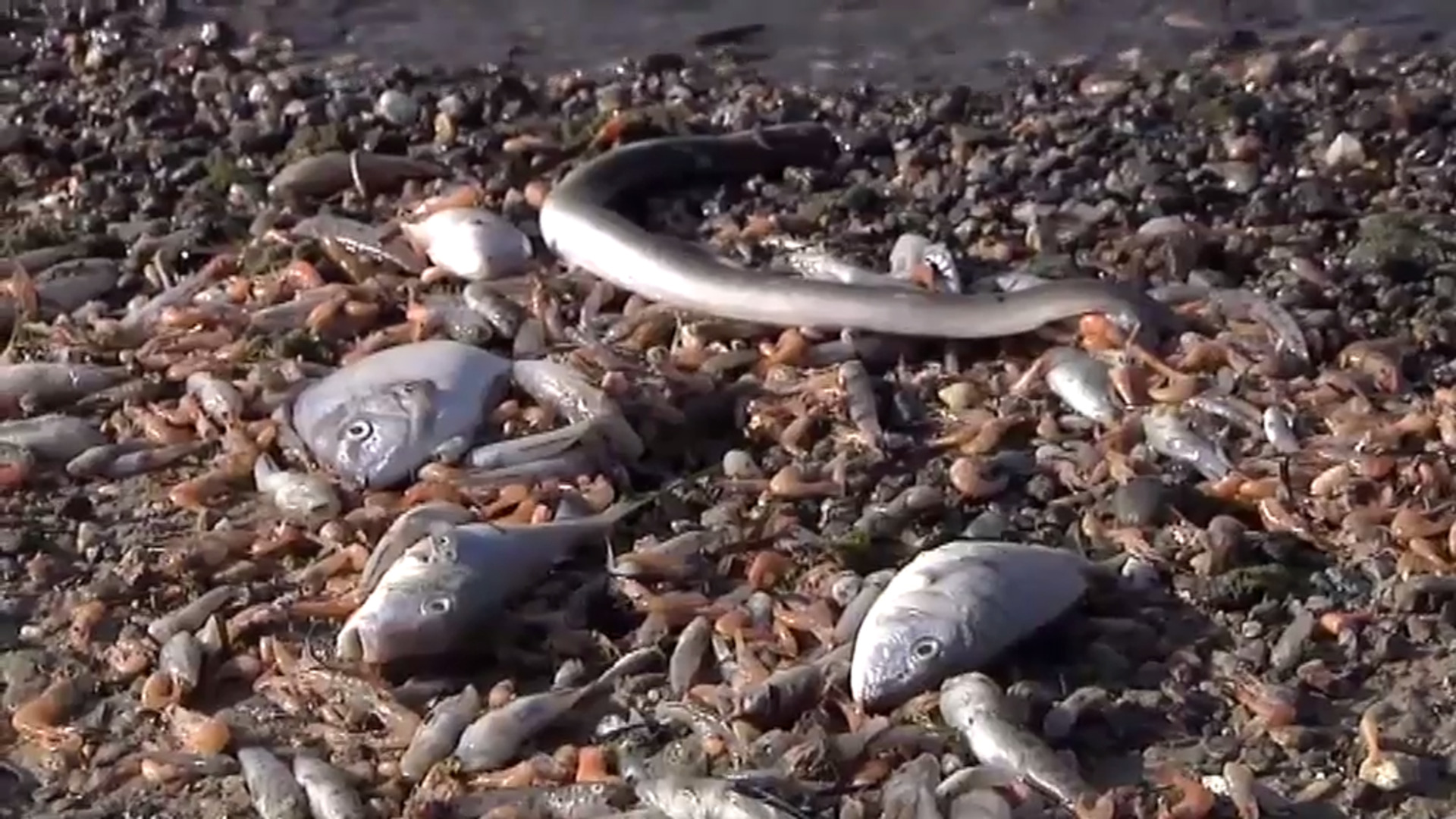 For Parliament to debate a Popular Legislative Initiative (ILP) it must have 500,000 signatures and they must be obtained in a specified time. In this case, the deadline ends on October 28. Despite all the difficulties caused by the health crisis, the proposal already has 275,000 signatures, so it only needs another 225,000.