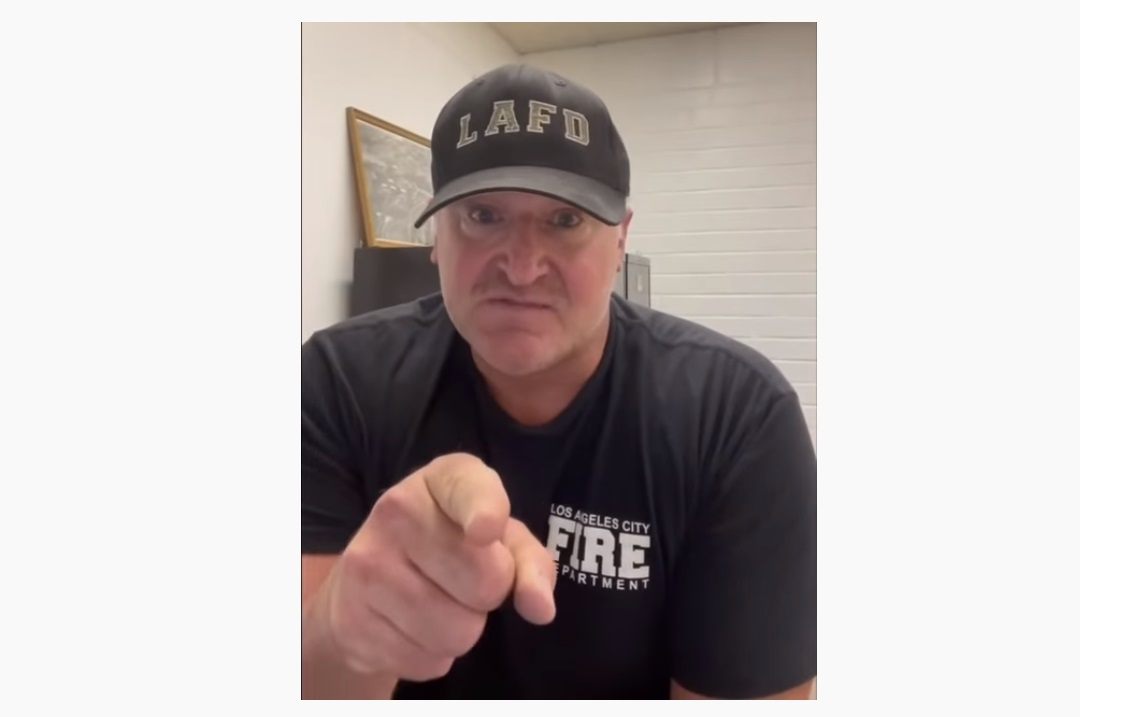 LAFD Captain Cristian Granucci
by Brian Shilhavy
Editor, Health Impact News
Cristian Granucci is a Los Angeles Fire Department Captain and 31-year veteran. Earlier this week he posted a video on Telegram which has since gone viral, where he states, “I’m done being silent,” in regards to the City’s COVID vaccine mandate for him and the entire Los Angeles Fire Department.
He is very angry that their union has done nothing to protect their rights, and he makes it very clear that this is NOT a political statement, as this issue is not “right versus left,” or “Republican versus Democrat.” He says it is about “Freedom of choice,” and fighting tyranny.

Granucci claims that only half of the department has taken the shot, and that he represents “hundreds,” and that this group is “growing by the day.” They have allegedly retained an attorney that he calls “a shark.”

I’m going to catch so much grief for this (video), but I don’t care. I wouldn’t be able to look at my wife though, and my sons in the eye as they grew up under total tyrannical law and rule, when I had a chance a chance to stop this, I had a chance to fight, but I did nothing.

And “grief” is exactly what he did “catch.” As his message went viral online, the LA Fire Department decided to take action and start an investigation.

This morning, the LAFD was made aware of the video posted on social media. While we respect the individual’s right to his opinion, he is not authorized to speak on behalf of the Department. The individual is in uniform and appears to be on duty, thereby giving the impression that he is speaking in an official capacity.
Therefore, the matter has been submitted to our Professional Standards Division for investigation, which may lead to disciplinary action. (Source.)

This had the immediate effect of being the same as throwing a bucket of gasoline on a fire, as now the corporate media has picked up the story as well, both nationally, and locally, and it is no longer just an online viral phenomenon.
This could have devastating effects on firefighting in Southern California. Because while fires rage in the north of the State of California, the infamous Santa Ana winds have not yet started in Southern California, which is when most fires break out there, and are often the most deadly fires in the state.
We have uploaded the video to both our Bitchute and Rumble channels.

Thank GOD for Men with a BACKBONE like Captain Cristian Granucci. He said his wife was going to kill him for this . . . If she kicked him to the curb . . . he wouldn't be there long. Most women know that a man with strength and conviction are a rare find.
Neither Mayor or Governor can create law, that is done through the legislative branch. Only in a State of Emergency can a Governor enforce a mandate. There is NO emergency.  The Eugenicist Genocidal demonic things like Rockefeller, Gates, and Fauci fraudulently discredited HCQ and Ivermectin to obtain the EUA on this lethal injection. The CDC, NIH, FDA, are all invested in these kill shots and need to be brought to Justice but the Supreme Court has become the Blaspheme Court.
It's now up to We the People to stand up against Tyranny.  Washington, DC has blatantly revealed it is the NEW WORLD ORDER CORPORATION which the power that be will decide who lives and who dies. The question is are we going to oblige and accept genocide.

Welcome shang. Thanks for joining and commenting.
I do not accept or consent to genocide. Most don't but the ability to stand against seems nonexistent in this country. As one that rose against the machine in the late 60's as a teen I am saddened by the lack of interest in almost everyone.