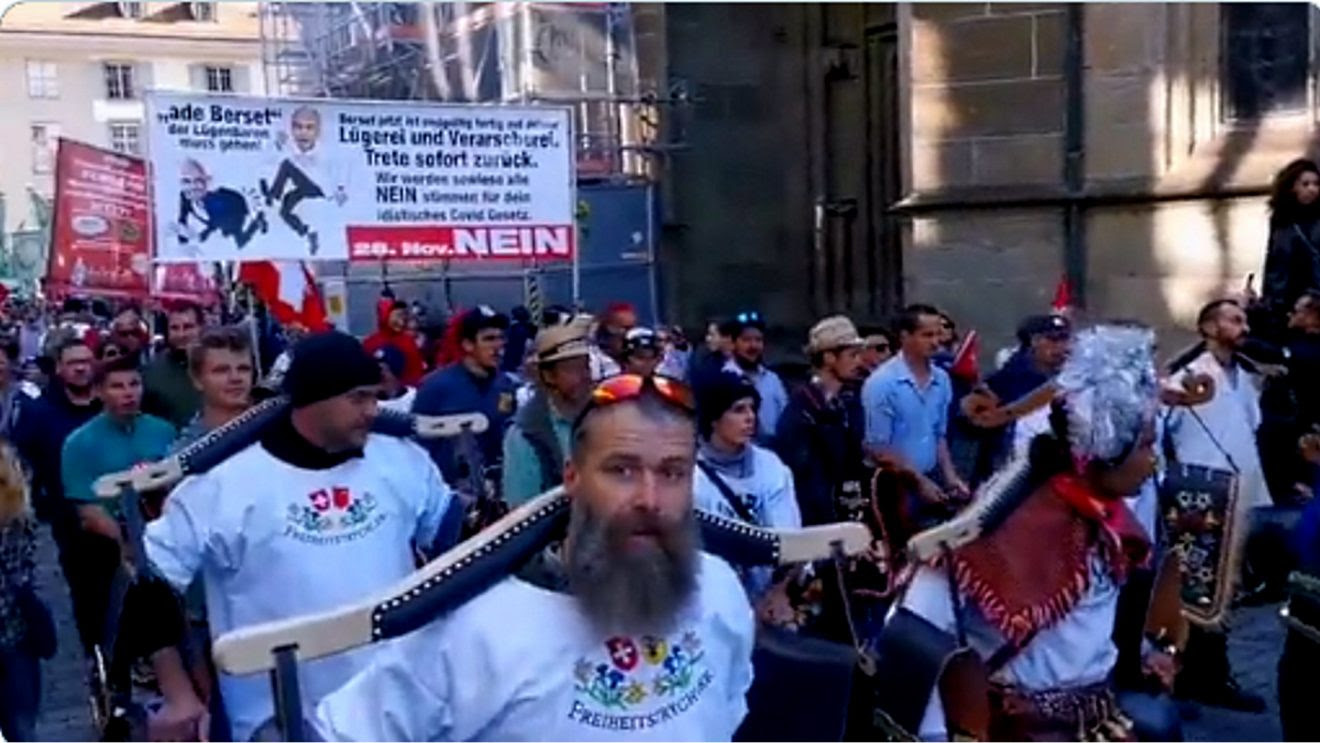 Recently, tens of thousands took to the streets in Bern, Switzerland to protest the government’s unconstitutional vaccine mandates, and Orwellian vaccine passport or “Green Pass” medical apartheid system.
Citizens are opposing the draconian moves en mass, and are now accusing the government of using bureaucratic deception by attempting to implement mandatory vaccinations “through the back door.”
In September, the Swiss government announced it would extend the use of the “Covid certificate” which shows a person’s vaccination status, or whether they tested negative or supposedly recovered from COVID-19, giving then access to indoor venues like restaurants, events, and sports and leisure activities. The measure which applies to individuals aged 16 and over, will remain valid until the end of January 2022, or longer if public health officials decide to extend the ‘health emergency’.
The government also invoked a radical decree which states that any visitors who were vaccinated in third countries will have to test every 3 days in order to gain entry into indoor dining areas throughout Switzerland, placing the Switzerland Tourism (ST) department under incredible stress as it watched the bottom drop out its tourism business.
Many of the new vaccine apartheid rules are proving to be extremely unpopular in different sections of society. In September, students at several universities across the country staged protests against the mandatory use of controversial “Covid certificates” required to attend college courses. 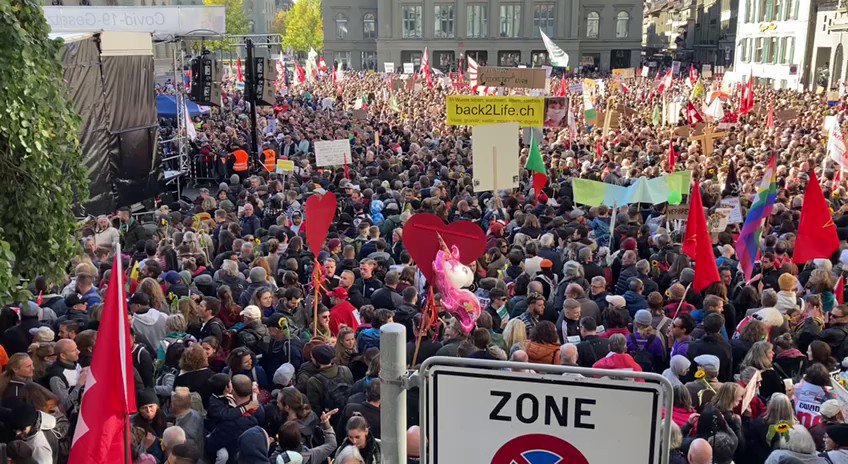 Protesters took to the streets in the historic city of Bern to make a clear statement to the government about what the new fascist policies represent.
Micheal P Senger comments on social media:

“Massive, powerful display of protest against vaccine passports in Bern, Switzerland. The protesters wear yokes to symbolize the desire of the ruling class to treat workers like livestock that they can drug at will.”

Massive, powerful display of protest against vaccine passports in Bern, Switzerland. The protesters wear yokes to symbolize the desire of the ruling class to treat workers like livestock that they can drug at will. 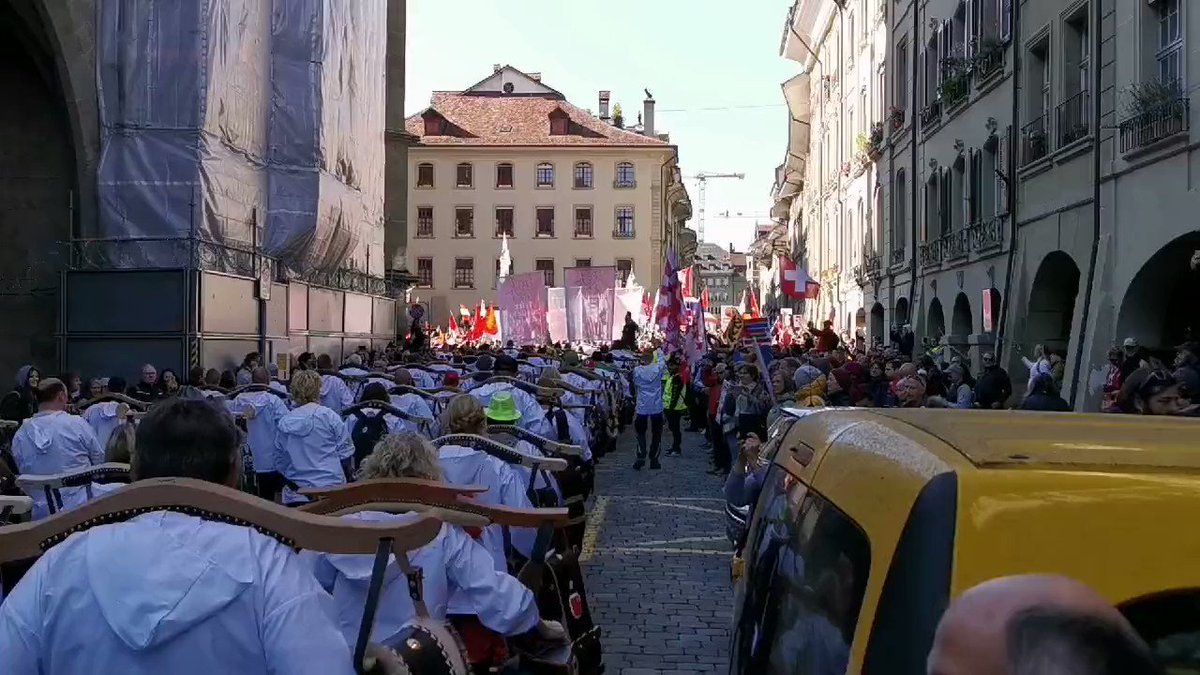