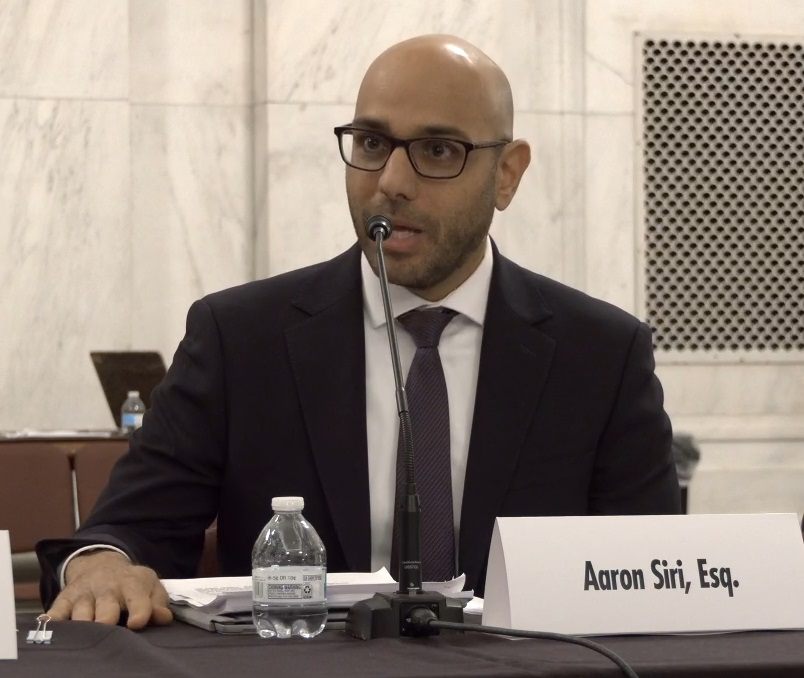 by Brian Shilhavy
Editor, Health Impact News
Attorney Aaron Siri is a Vaccine Injury attorney, one of just a handful of such attorneys in the U.S.
Since the passage of the 1986 National Vaccine Injury Compensation law, one cannot sue pharmaceutical companies for vaccine injuries and deaths.
A special U.S. Vaccine Court handles all cases with select judges chosen by the U.S. Government, and there only about 100 lawyers in the United States that are even trained to litigate in this special “court.”
The irony with COVID-19 vaccine injuries and deaths, is that even this very highly specialized and controlled government court will not try vaccine injury cases related to the COVID-19 experimental shots, mainly because they are still under Emergency Use Authorization and not fully approved by the FDA yet.
So Aaron Siri’s firm is suing the FDA, since there is no avenue in place within the U.S. Judicial system to sue the drug companies, or anyone else for that matter, for damages caused by the experimental COVID-19 “vaccines.”
We have previously covered Aaron Siri’s lawsuit, which represents brave doctors who have chosen to put their careers on the line to dare to expose vaccine deaths and injuries caused by the experimental shots, and these physicians are the plaintiffs. See:


MIT Scientist and Professor on Exposing COVID-19 Vaccine Injuries: “You Have to be Careful Because You Could be Eliminated”

Today, Attorney Siri published an update on his case against the FDA, where he wrote:

The FDA has asked a federal judge to make the public wait until the year 2076 to disclose all of the data and information it relied upon to license Pfizer’s COVID-19 vaccine.   That is not a typo.   It wants 55 years to produce this information to the public.
So, let’s get this straight. The federal government shields Pfizer from liability.  Gives it billions of dollars.  Makes Americans take its product.  But won’t let you see the data supporting its product’s safety and efficacy.  Who does the government work for?


Doctors and COVID-19 Vaccine Injured Testify in Washington D.C. to Crimes Against Humanity – CDC, FDA, NIH, Fauci are No Shows

We have extracted his 10-minute address, and uploaded it to our Bitchute and Rumble channels.

How Does Big Pharma and Corporate America Avoid Justice for their Crimes in the U.S.? 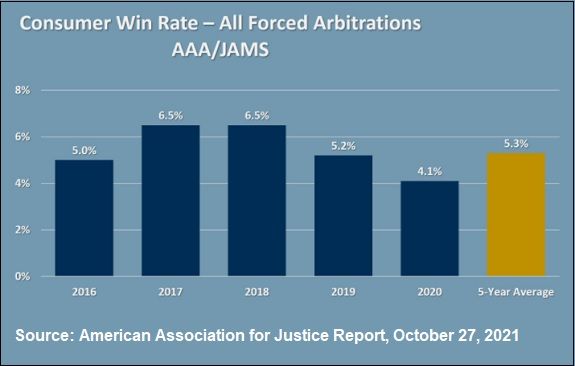 Image source.
The 1986 National Vaccine Injury Compensation law that Congress enacted, and President Ronald Reagan signed into law, is only one example of how Congress protects Corporate America by shielding them from having to defend their criminal activities in the American judicial system that the rest of the population has to work through in proving innocence or guilt.
Recently Pam Martens of Wall Street on Parade published an article that exposed how the corporate rich get away with this with the help of Congress:


Wall Street Is Not Only Rigging Markets, It’s Also Rigging the Outcome of its Private Trials

When it comes to sycophants, Wall Street has no shortage of them willing to shill for its egregious private justice system called mandatory arbitration – a system which systematically guts the guarantee of a jury trial under the Seventh Amendment of the Bill of Rights.
Think about that carefully, the industry that is [url=https://www.bettermarkets.org/sites/default/files/Better Markets - Wall Street's Six Biggest Bailed-Out Banks FINAL.pdf]serially charged with rigging markets and other felonious acts[/url], is allowed by Congress to run its own privatized justice system. This is something one would expect to find in a banana republic, not in a country that lectures the rest of the world on democratic principles.
Wall Street’s private justice system effectively locks the nation’s courthouse doors to both its workers and customers, sending the claims before conflicted arbitrators who do not have to follow legal precedent, case law or write legally-reasoned decisions.
Wall Street is the only industry in America that has for decades contractually banned both its customers and its employees from utilizing the nation’s courts for claims against the Wall Street firm as a condition of opening an account or getting a job there.
Instead of being able to go to court with a claim of fraud if you’re a customer, or a claim for labor law violations, like failure to pay overtime or sexual harassment if you’re an employee, Wall Street makes its customers and employees sign an agreement to take all such claims into an industry-run or privately-run arbitration system.
The above graphic from the study by the American Association for Justice shows how claimants faired in mandatory arbitration forums run by the American Arbitration Association (AAA) and JAMS. The findings cover a broad range of industries, not just Wall Street.
These private justice systems are certainly not fair, and on Wall Street, they are far from cheap. Fees to claimants can run into tens of thousands of dollars as opposed to a few hundred dollars to file in court.
Study after study has found that arbitrators most often rule in favor of the corporate interest over the consumer because the arbitrators are financially dependent on repeat business from these corporations.
What Wall Street and its army of lawyers like most about this private justice system is its darkness. Unlike a public courtroom, the press and the public are not allowed to attend the hearings.
There are no publicly available transcripts of the hearings as there would be in court. It is next to impossible to bring a court appeal of an arbitration ruling because Wall Street’s biggest law firms have spent decades convincing the courts that these arbitration decisions must be permanently binding.
Another fatal flaw for claimants in these private justice systems is that there is no jury selection from a large public pool of random citizens but rather a repeat-player pool of highly compensated arbitrators.

Read the full article here.
As I have written previously many times, the American judicial system is owned by the Globalists, and we should not expect justice there.
These legal actions do have some value, and that value is mainly in the public realm where the evil deeds of these corporations and federal health agencies that are also owned and controlled by Global Corporate Criminals, can be exposed to the public.
Just don’t expect the judicial system to protect your rights. They protect Corporate profits and control.
If you want to live as a free person, start acting like one, but don’t expect the corrupt system to protect your freedoms.
Resist medical tyranny. Protect your children.
Yes, the costs are high, and you may need to even give up your life by choosing to live as a free person.
But for me personally, I would rather die free than live as a slave to this evil, corrupt world system.

We know that we are children of God, and that the whole world is under the control of the evil one.
We know also that the Son of God has come and has given us understanding, so that we may know him who is true.
And we are in him who is true–even in his Son Jesus Christ. He is the true God and eternal life. (1 John 5:19-20)