OUT OF MIND » THE INSANITY OF REALITY » VACCINE TRUTHS: MEDICAL INDUSTRY LIES » UK Doctor Accused of Hurting Big Pharma Profits by Curing People from Cancer Released from Prison in France 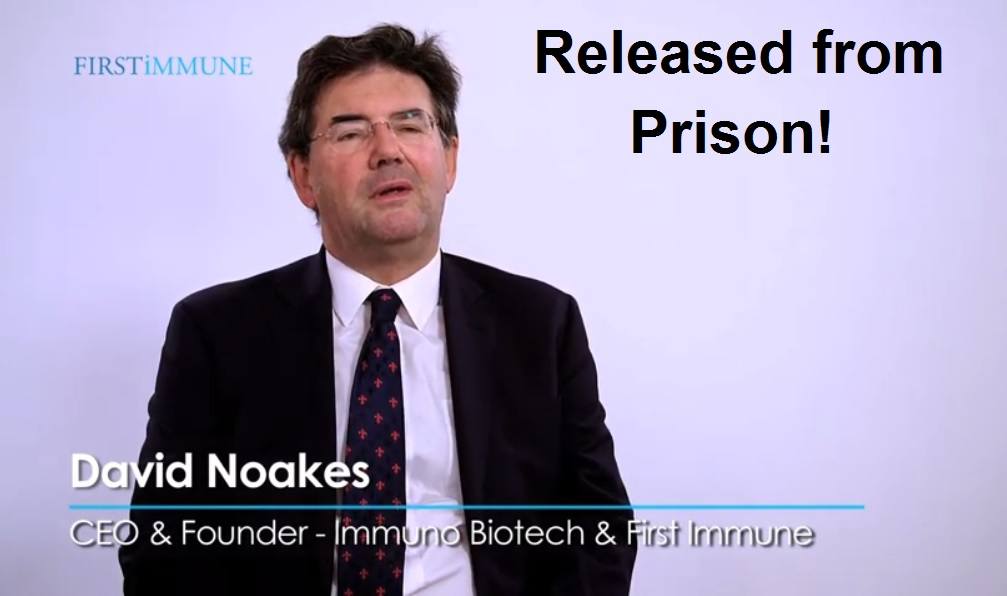 Image source.
by Brian Shilhavy
Editor, Health Impact News
Scott Tips, President of the National Health Freedom Federation, is reporting that Dr. David Noakes was released from prison today in France, where he had been confined for the past 18 months in a nine-square-meter prison cell 22 hours out of 24 hours a day.
His crime? He cured over 10,000 people from cancer with a product called GcMAF.
The French Pharmacists’ Union didn’t like that as they apparently believe all cancer patients should only use their chemotherapy drugs, and so he was sentenced to 4 years in prison.
Sure, go ahead and read that again. He was imprisoned NOT for killing or harming people, but for curing people and being accused of taking away business from the pharmaceutical industry.
The company Dr. Noakes works with in selling GcMAF is Immuno Biotech, and you can read about them here.
Not only has GcMAF been used to heal people from cancer, but it has also been used to cure children of autoimmune diseases that are labeled as “autism.”
American Doctor Jeffrey Bradstreet was the primary researcher using GcMAF to cure children who were labeled as “autistic,” until his death on June 19, 2015, which the corporate media labeled as a “suicide,” but his family and others believe he was murdered to squelch his research which was a threat to Big Pharma. See:


Is The U.S. Medical Mafia Murdering Alternative Health Doctors Who Have Real Cures Not Approved by the FDA?

We have previously covered the work of Dr. Jeffrey Bradstreet here at Health Impact News, as well as the work of Dr. Judy Mikovits and her use of GcMAF to treat vaccine injuries.
I combined many of the articles we published on this topic into an eBook that we published in 2017, which we normally sell for $8.99, but for a short time we are offering that book to the public for free and for immediate download. 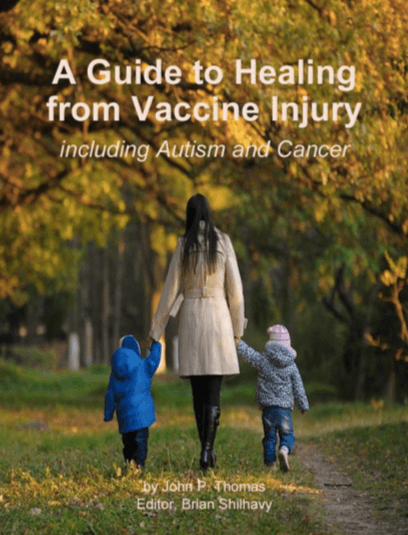 Get your copy here.
If you like the work I do here at Health Impact News, please consider buying some products from my store, Healthy Traditions.
Here is the complete announcement on Dr. Noakes’ release from prison earlier today, by Scott Tips, who was present in court.
Also, for those of you working on criminal charges and court cases regarding the COVID-19 scam, The National Health Federation has put together an amazing 274-page document titled:


COVID-19: The Science We Should Know

Grab it now before it disappears online.

OUT OF MIND » THE INSANITY OF REALITY » VACCINE TRUTHS: MEDICAL INDUSTRY LIES » UK Doctor Accused of Hurting Big Pharma Profits by Curing People from Cancer Released from Prison in France