Today at 6:23 pm by PurpleSkyz

Today at 6:20 pm by PurpleSkyz

We’ve all had the experience of wondering why or how
something we manifested could go so wrong. In some cases, what we
created wasn’t what we consciously intended to manifest. Other times we
managed to create the scenario we intended, but it didn’t make us feel
as happy or fulfilled as we had hoped. As a result, we catch ourselves
asking questions such as:

Do I have a curse or negative entities around me?

Am I not spiritual enough, meditate enough, or say the right mantras?

Do I have bad karma?

Am I destined to be miserable in this lifetime? 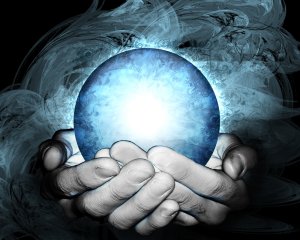 If
this line of critical or self-effacing questioning sounds familiar to
you, please don’t despair or be discouraged. While you may have already
discovered a number of the reasons for - and even benefits of -
manifestations-gone-awry, some of the explanations below will help
validate what you have been experiencing, as well as illustrate that you
are not destined to feel sabotaged, disappointed, or miserable!

You have probably discovered firsthand the uncomfortable
havoc that can result from “failed” manifestations: physical,
emotional, or mental symptoms, illnesses, diagnoses, and/or sensations--
as well as strange, unpleasant, and “unfortunate” events, visions, or
situations. Whether it is the nature of the events themselves, the
timing of them, or the constant onslaught of them, the unusual and
upsetting occurrences feel more like a curse, a punishment, or some sort
of sabotage, and certainly not mere coincidences.

While it is true that many remarkable and seemingly
negative phenomena or strings of them are often intentionally devised,
they are NOT orchestrated how and why we might think or how we have been
led to believe throughout the ages. The experiences that we often
attribute to our own inability to 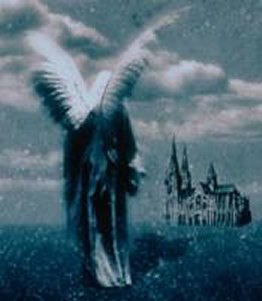 manifest
“correctly,” to our level of spirituality, or even to dark entities,
are actually tied to one or more of the following:

1. Guiding Entities or Angels around us often
create situations in order to force us to move forward in a certain
direction or manner. When we humans stubbornly refuse to live
in accordance with our heart, soul, and unconscious mission, the
entities around us sometimes have no choice but to “trip us” and “trick
us” into a different, necessary, and ultimately positive direction.
Usually it is their last resort, but they do know that dramas, traumas,
and fears are sometimes the only things that make us change, even for
the better. After all, our own free will and lack of complete
information can make their job of helping us very difficult. For
example, in times of duress, you may sense or even see a presence around
you that does not necessarily feel positive. As frightening as the
encounter may appear, it is just the impatient, frustrated, or desperate
guardian around you (or around someone close to you) resorting to
measures that neither the guardian nor the humans welcome, but truly are
meant for your highest good and the highest good.

TIP: Remember that a multi-dimensional being sees no
purpose in constantly torturing you. If a multi-dimensional
entity or culture wanted to do you in, you wouldn’t be here reading this
right now. So, there is nothing to fear, but there is likely something
important to your soul or purpose that you need to adjust or address in
order to feel more balanced, genuine, and/or fulfilled.

2. Our powerful, higher consciousness creates circumstances and sensations to ensure that we are on our best path,
and/or to remind us that we have some unresolved issues which need to
be addressed in order to preserve significant time lines. Illnesses,
accidents, disappointments, etc. are often important opportunities or
incentives created by our minds, bodies, and intuition--but in disguise.
In most cases, they indicate that our higher or unconscious selves are
screaming for a timely new direction and/or epiphany regarding anything
from our relationship(s), career, or environment, to adjusting daily
priorities, habits, location, or addictions. Your higher consciousness,
like a guardian entity, is capable of manifesting whatever will “speak
to you” to give you the message and get you back on your intended life path
more permanently. As awful as some of the illnesses and accidents may
seem, there are intense lessons, growth, and even long-term benefits
that result from each trial and tribulation. Those desperate moments
will afford you opportunities to meet people, change perspectives, and
influence time lines in ways that would not have been possible
otherwise. One of our favorite examples happened to some relatives who
had their hearts set on the “perfect home.” Despite a few negative “gut
reactions” during the process (which they ignored), our relatives
proceeded with negotiations to purchase the home. At the last minute,
the seller decided to accept another offer that had come in after our
relatives’ offer - leaving our beloved family without their dream home.
They were devastated, angry, and bewildered, but continued searching for
another house. Many months later, they found an equally wonderful new
home. More importantly, their possessions and even lives were saved
because the home that they had originally wanted was hit by a
devastating storm that same year, was flooded and virtually destroyed.

TIP: Keep in mind that an initial
outcome is not the final outcome, but is facilitating the real outcome
that you desire. Whether the final goal is happiness, love, stability,
rewarding opportunities, and/or serving your mission as a light worker,
your unconscious self will make sure that everything is happening for
you, not just to you. In every situation, look to see how your higher
self is trying to serve, direct, and wake up your conscious, 3D self—as
well as give you valuable tools for the future. Eventually, both your
conscious and unconscious selves will align more closely and have the
same intentions, goals, and manifestations much more often, and will
achieve them more quickly.

3. The magnetic attraction and reflection of
negative human emotions from other people and from events in the world
can influence our co-creating process. The human experience in
this 3D existence is very much culturally programmed for and plagued by
negative perspectives and emotions: greed, jealousy, hate, insecurity,
fear, anger, paranoia, belligerence, etc. Those frequencies can often
make their way into the thoughts, feelings, experiences, and perceptions
of unsuspecting higher frequency
people who just happen to pick up and internalize that negativity from
the people in their lives, the media, and even from mass consciousness.
As a result, light workers can feel those emotions, pains, and
vibrations unexpectedly or more intensely than usual. Sometimes, those
negative frequencies manifest as weird and unpleasant phenomena in the
lives of light workers-- who can wonder if the feelings and
manifestations are the result of a personal failing or “curse.” Since
empathy and being of higher frequency are not “flaws,” but the next step
in human evolution, this type of co-creating can’t be considered a
failing. In addition, “a curse” can only take hold when a person’s
consciousness embraces and allows it. In other words, if you believe
that you are cursed or plagued by another’s ill will, you will live,
act, and attract accordingly. If you do not open yourself to the
possibility, your personal energies will overpower the ill-will of
anyone or anything. Most importantly, the more that you observe the
outside correlations to what, when, and how you feel, function, and
create experiences, the more you can be sure that what you manifest is
truly a reflection of you, your intentions, and your energies. For
example, if you walk into a store in a great mood and leave angry, sick,
or depressed for no reason, you are likely picking up the frequencies
of someone in there, and not merely feeling your own.

TIP: The best defenses against negative
phenomena that may not be “all yours,” include: learning to gauge what
is personal versus what may be caused or intensified by the people,
weather, natural events, or world around you; spending time in water and
nature for grounding, insulation, and rebalancing; and ridding your
body of the frequencies, emotions, and negativity that you take in by
regularly engaging in physical activity to expend the energy. If that
energy is not used, it is likely to manifest as illnesses, depression,
anger, or other “undesirable” phenomena.

As we plow forward post-2012 and separate ourselves from
the residual heaviness associated with that time period, light workers
will find that their progress, success, and desired manifestations
happen more effortlessly. The previous struggles, setbacks, and dramas
were meant to give them important tools, a frame of reference, and
sincerity in helping others come through similar challenges in the
months and years ahead. Please remember that as light workers, you are
uniquely protected and guided in order to help you make the most of your
powerful energies, empathy, expertise, and goals. In the times ahead,
you will have the “energetic winds beneath your wings” as never before.
So, get ready for some unprecedented, positive, and wonderful results as
your conscious and unconscious manifestations align, collaborate, and
delight you more than ever.

Max, known as the “Healer’s Healer,” is an acclaimed
Medical Intuitive, Energy Healer, and Psychic Coach. Max, Lana, and LOC
Group (www.locgroup.net ) enjoy helping others make the most of this human experience.