As I have stated, this is a 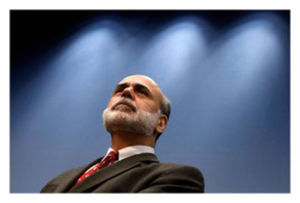 .
By Latin Law, the Vatican is the Head of the Family; and this is who is the Head of the Covens of Azazel. They renamed themselves “Religions” and “Corporations”. The Babylon Slave queen Selene, whose Sumerian name was Inanna, created the Vatican/Freemason with Azazel who in Babylon was called “Massawa” the ‘great architect god’ of his Coven Freemason. They were to free him of his fate of the Pit. In egypt he was ‘Baphomet’, and created the Coven Caesar “CA-e-Czar” is “Coven Azazel had Master”.
Selene’s god was ‘El’ which is short for Elohiem “With whom man is at war with in the War in Heaven”. She created the “Papal, Royal & Federal” Covens by Latin Claim of ‘Divine Right’ given by ‘god’.
She created the Monetary and Banking system and the Corporations. This was to allow the lesser nobility to ‘gain their fee due’ from the slave populations as the Pharaohs did, and for this they revere her. It is Cannon Law: “Al, Il, El” are latin suffixes for god …El; “All names of gods must be in all capital letters”; “All Covens of gods must be in all capital letters preceded by ‘of’ to denoted ‘possessed by’ god; and must display their Registered Coven Symbol” which became called the logo. This is the Law that created ‘CORPORATIONS’.
The Federals were made the overseers of the Slave populations and specifically over the Monetary system created by Selene; by Latin Claim of Divine Right. Look up the “Merchants of Moscow, 1560-1680″; although sanitized it tells of their use of Covet Means and its known outcome. Their name in latin law terms breaks down to “Fe-Der-Al” which is “Fee Due El” in the same way as ‘Fi-du-ciary’ is ‘Fee due Agent’. Massawa was made the ‘landlord’ of earth by the invading branch of SET(An) who were the Anunaki Owl(Inanna queen of the Moloch) and the El. This is why the Vatican claims to “Own all Land through Conquest and Discovery”. “OWN” is “NWO”. Every ‘flag’ that has a star in its symbols is a ‘Federal’ owned Nation.
When the covens went ‘underground’ and became secret societies they simply removed this history from books, and codified the laws so that it was no longer open. The 1917 Geneva convention is missing because it listed the U.S. and other Nations as P.O.W.’s and placed the CORPORATIONS who are the covens of Azazel, owned by the Papal, as Overseers in control of all governmental bodies. Meanwhile the Covens duke it out for control among themselves.
Right now, power is being transferred to the Dragon branch family, China. A new Company store ‘script’ will be issued – a type of yen. And Rothschild who now owns the whole planet as the Company Store Banker, will still be in charge. And because he is – and will continue to be – in China, he is out of US jurisdiction and any financial fraud will not touch him. Particularly if they manage to create enough cataclysms or by Covet Means, collapse the economies and leave the planet starving. As owners of the Corporations, they have stored up all the food supplies.
Here is an interesting correlation. Perhaps some one who is more up on it than I, can find and match all the names between these two documents. They are STILL NOT SHOWING the owners of the Corporations, such as the fact that the Queen of England owned more than 98% of B.P. Oil when that so called accident happened. Or that N. Trust is the parent Corporation of the IRS. These are all corporations for Profit.
If you trace these monies through the London bank it goes through that, to the Vatican.
http://www.newscientist.com/article/mg21228354.500-revealed–the-capitalist-network-that-runs-the-world.html
.