The Supermassive Black Hole at the Center of Our Galaxy’s Flashed Like Crazy – Report Fri Aug 16, 2019 1:02 am 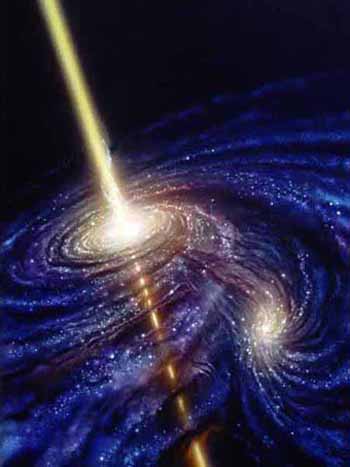 The Supermassive Black Hole at the Center of Our Galaxy’s Flashed Like Crazy – Report
August 16, 2019

The huge celestial body is normally relatively dim, which makes a sudden spike in its brightness an outstanding event, astronomers noted.
Sagittarius A*, the supermassive black hole located at the center of our galaxy, recently emitted a remarkably bright flash – 75 times brighter than black hole’s normal glow, Newsweek reported Monday.
What makes it remarkable is that Sagittarius A* is normally relatively dim. While the black hole itself, by definition, does not emit light or detectable radiation, it is nonetheless surrounded by matter that may become excited by activity within the black hole, emitting electromagnetic waves detectable by Earth radio telescopes.
“The black hole was so bright I at first mistook it for the star S0-2, because I had never seen Sagittarius A* that bright,” said Tuan Do, an astronomer of the University of California, Los Angeles.
Tuan and colleagues managed to catch a glimpse of the rare phenomena from the WM Keck Observatory in Hawaii while it was occurring and posted a timelapse of the observation on Twitter.
“It was probably even brighter before we started observing that night!” Tuan tweeted.


Here's a timelapse of images over 2.5 hr from May from @keckobservatory of the supermassive black hole Sgr A*. The black hole is always variable, but this was the brightest we've seen in the infrared so far. It was probably even brighter before we started observing that night! 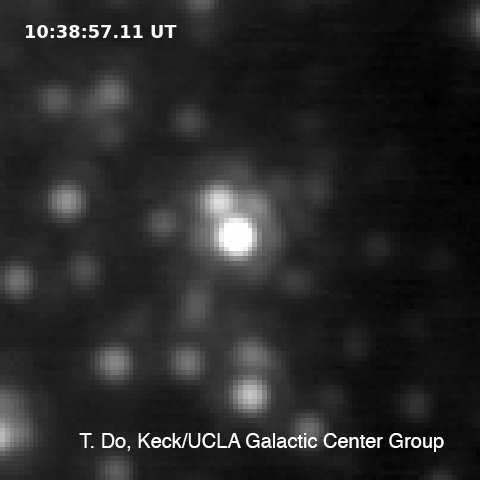 Scientists say the entire light show lasted just 2.5 hours, speculating that the effect may be a delayed reaction to the close passage of star S0-2 in 2018, or the G2 dust cloud, which approached the black hole in 2014. These massive celestial bodies could have interacted with the black hole’s accretion flow, scientists say.
“Additional multi-wavelength observations will be necessary to both monitor Sagittarius A* for potential state changes and to constrain the physical processes responsible for its current variability,” the researchers say in a study that has not yet been published in a scientific journal, according to Newsweek.
The team now waits for data from other telescopes, including NASA’s Spitzer and Chandra, to get a better understanding of what just happened in the core of our galaxy, the report says.
Sputniknews