Joe Biden’s Path to the Presidency is Eroding With Each Revelation Of Massive Voter Fraud Sat Nov 28, 2020 11:32 am 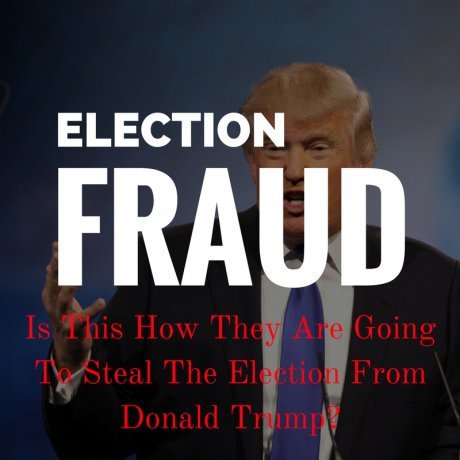 As it stands, Joe Biden has not been elected to anything and can only be the president-elect once the Electoral College votes for him on December 14. Until then, he is the potential President-elect and nothing more.
The Electoral College vote can only happen if Trump concedes or all the legal challenges asserting that the election was stolen fail. As Trump won’t concede until all legal and constitutional options are tried and tested, the future of the Republic rests in the hands of judges.

The beauty of the US Constitution is that it is written to protect the Ruled from corrupt Rulers and it does contain a procedure, called a contingent election, to resolve presidential election disputes. Should the courts find that voter fraud did destroy the integrity of the election they can stop the certification of those results which could result in neither Biden nor Trump having the 270 Electoral College votes required to become President.
In such a case, the Constitution pushes the decision back to the State legislatures with each State being given 1 vote in the contingent election, meaning massive California and tiny Rhode Island are considered equals. A simple majority of 26 votes then determines the winner.
The Republicans run 31 of the 50 US States and have control of 26 House delegations so this process is likely to choose Trump simply based on party lines.
The outbreak of post election Stop-The-Steal MAGA rallies shows people are no longer willing to remain silent while their votes are stolen by crooked forces. These passionate rallies will continue and likely grow as the process plays out, putting immense pressure on judges and legislatures to do the right thing.
Another important aspect of those rallies is that they will directly counter the typical bullying and intimidation tactics from thug groups like Antifa and BLM, which will allow judges and legislatures to do the right thing.
If the Supreme Court accepts that voter fraud occurred and it leads to a contingent election, then any vote for Biden—even in States where fraud didn’t occur—is a vote for a corrupt machine that attempted to destroy the electoral system. A Biden vote from a swindled State would constitute an explicit rejection of the voters’ will and lead to an even greater, violence filled, constitutional crisis.
The media will do their part and it will resonate like a CNN anchor praising mostly peaceful protests while the city burns behind them. They can ignore the rallies like they do evidence they don’t like but that effort will fail because the decision makers will not be able to escape the reality of massive MAGA rallies at their front door.
So, yes, a contingent election heavily favours the reelection of President Trump.

Should Biden ascend to the highest office in the land riding on fake votes it means the legal and constitutional safeguards built into the system by the Constitution’s Framers have been breached.
Joe has voiced his desires to rejoin the globalist’s Paris Climate Accord and to mandate COVID regulations on the entire country. Who will be there to stop him?
The COVID “model” was dropped on over 100 countries worldwide and if one steps back for a broader view, it looks like a totalitarian political model was bolted on top of those governments, who then pushed them down onto all semi-autonomous territories, provinces, and states. The COVID political model effectively strips citizens of all rights and liberties and hands control of our lives to an unelected and unseen global machine. Somebody gave our “leaders” the “guidelines” to follow—and blindly follow they do even if it means robbing you of your freedoms.
Its likely a corrupt administration will move quickly to eliminate any threats to their fraudulent hold on power. So, expect a corrupt Biden administration to act promptly on installing the COVID control model, further ramp up censorship of opposing thought, and attack the right to firearm ownership. They will also go hard after Trump, his family, associates, and businesses to ensure he is unable to ever challenge them again.
Biden will force global tyranny on all Americans there will be no legal or constitutional remedies available to stop him. It is insane to believe that the corrupt winners will repair the damage done because that broken system guarantees their future electoral “success”.
A Biden steal spells the end of honest elections, the Republic, and freedom.

Just as a corrupt Biden administration would be forced to deal with Trump, a Trump administration will be forced to deal with the dishonest forces that nearly stole the election from more than 74 million Americans. He can’t let that happen again.
All the supposed Republican figures who urged Trump to concede, including Mitt Romney, Chris Christie, and Pennsylvania Senator Pat Toomey, will find themselves trying to explain to their followers why they wanted their own team to lose.
World leaders, like PM Trudeau, who prematurely congratulated an unelected Biden will be dealing with a powerful President who sees them as an enemy, not just of his, but of the Republic and the freedoms it protects.
It also means Trump remains in place to deal with the swamp creatures who tried to oust him from before he was first elected. This places everybody involved in Russia-gate, the fake impeachment, triggering race riots, and the COVID tyranny in jeopardy of a free trip to Cuba’s Guantanamo bay.
Trump will reject the totalitarian COVID political model, and with luck that act of defiance will inspire the rest of world to follow suit.
A Trump win guarantees Freedom still has a home on this planet and shows the “Free World” it has a true champion in its corner.
via Joe Biden’s Path to the Presidency is Eroding With Each Revelation Of Massive Voter Fraud