OUT OF MIND » THE INSANITY OF REALITY » GOVERNMENTS & THE NEW WORLD ORDER » White House Press Secretary: It Was Fine for Biden Family to Ignore COVID Edicts Because They Were ‘Celebrating’

White House Press Secretary: It Was Fine for Biden Family to Ignore COVID Edicts Because They Were ‘Celebrating’

White House Press Secretary: It Was Fine for Biden Family to Ignore COVID Edicts Because They Were ‘Celebrating’ Sat Jan 23, 2021 6:05 pm

The rules only apply to the peasants 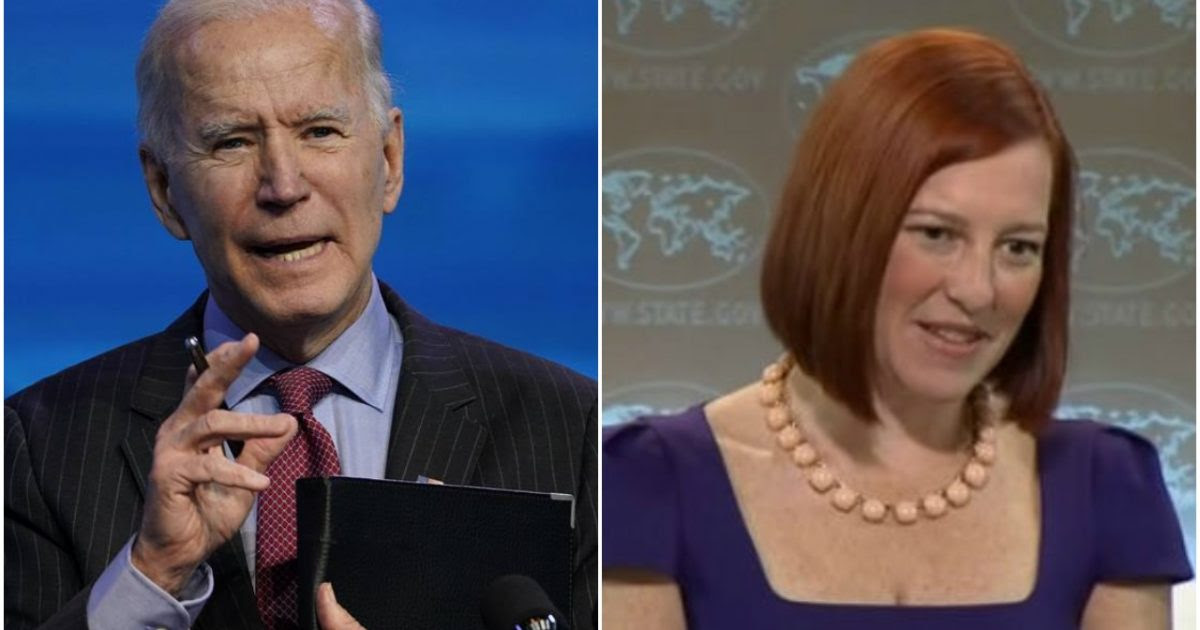 Source: Shane Trejo
White House Press Secretary Jennifer Psaki responded to concerns from reporters about President-imposed Joe Biden ignoring his own COVID-19 lockdown orders on inauguration day by claiming it was fine because he was “celebrating.”
Psaki is essentially making the argument that elected officials do not have to abide by their own edicts and that those orders are for the little people whom they lord over.
“Why weren’t Fake President Biden and all members of the Biden family masked at all times on federal lands last night if he signed an executive order that mandates masks on federal lands at all times?” the reporter asked.
“He was celebrating, uh, an evening, uh uh uh, a historic day in our country, and certainly he signed the mask mandate because it’s a way to send a message to the American public,” Psaki said, stammering through her response.
This is far from the first time that Democrat politicians have violated their own orders with regards to COVID-19 in blatant fashion, as Big League Politics has reported:

House Speaker Nancy Pelosi (D-CA) is blaming a salon, alleging an elaborate conspiracy against her, after she was caught breaking COVID-19 quarantine rules to get a haircut.
“I take responsibility for trusting the word of a neighborhood salon,” Pelosi said to reporters on Wednesday. “It turns out it was a setup.”
Pelosi was apparently clueless about the COVID-19 restrictions in her home state of California and went solely on the word of the salon, if her dubious story can be believed at all.
“I take responsibility for trusting the word of a neighborhood salon that I’ve been to over the years many times,” Pelosi said.
“I trusted that – as it turns out it was a setup,” she added. “So I take responsibility for falling for a setup and that’s all I’m going to say on that.”
Now, she wants the salon to issue an apology to her for supposedly engaging in this elaborate conspiracy to make her look foolish and hypocritical.
“I think this salon owes me an apology for setting up,” she said.
Erica Kious, the California salon owner being criticized by Pelosi, is not likely to apologize. She appeared on Fox News to talk about Pelosi’s extreme contempt for the little people and her obvious belief that she is above the rules that others in non-privileged positions have to abide by.
“It was a slap in the face that she went in, you know, that she feels that she can just go and get her stuff done while no-one else can go in, and I can’t work,” she said.
In-door salon activity is still banned in the city of San Francisco, although outdoor haircuts are now permitted.

Democrats are no longer operating under the pretense that they are stewards of the people. They are planning to coronate a globalist technocracy with mush-brained Biden as the hapless figurehead.

OUT OF MIND » THE INSANITY OF REALITY » GOVERNMENTS & THE NEW WORLD ORDER » White House Press Secretary: It Was Fine for Biden Family to Ignore COVID Edicts Because They Were ‘Celebrating’