OUT OF MIND » BREAKING NEWS & HOT TOPICS » COVID-19 » AstraZeneca’s COVID Jab Should Be Halted For People Over 60: EMA

AstraZeneca’s COVID Jab Should Be Halted For People Over 60: EMA 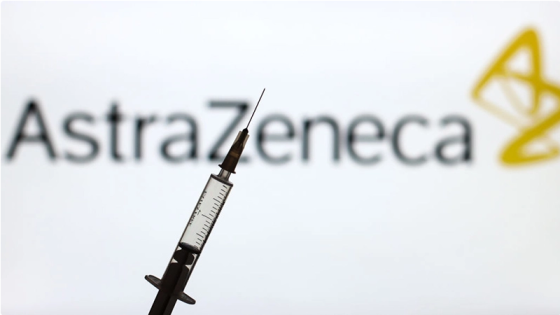 Source: Zero Hedge
On Friday, the European Medicines Agency’s (EMA) safety committee identified another rare blood condition after people taking AstraZeneca’s COVID-19 vaccine and said it was examining cases of heart inflammation after inoculation.
By Sunday, the head of the EMA health threats said people over 60 should avoid the Astrazeneca vaccine, according to Reuters.
EMA safety committee on Friday said that capillary leak syndrome is a new side effect after taking AstraZeneca’s vaccine. There’s been widespread skepticism surrounding the AstraZeneca vaccine for months due to rare and deadly blood clots.
Even though EMA considers the vaccine safe for all ages, several EU member states have halted administering it to people in the 55 to 65 range due to blood clotting. To date, 78 million doses of AstraZeneca’s vaccine shots have been given in the EU and U.K.

“In a pandemic context, our position was and is that the risk-benefit ratio remains favorable for all age groups,” Marco Cavaleri, head of health threats and vaccine strategy at EMA, told Italian newspaper La Stampa.

Cavaleri told the local paper that since infections are declining and the younger population is less exposed to virus-related risks, it would be better to use RNA (​mRNA) vaccines, such as Moderna and the Pfizer-BioNTech vaccines. https://api.banned.video/embed/60c6d09f61d1a404240b6628
Asked whether the AstraZeneca vaccine should be avoided for people over 60. He said, “Yes, and many countries, such as France and Germany, are considering it in the light of greater availability of mRNA vaccines.”
On Friday, Italian health regulators said the AstraZeneca vaccine would be restricted to people over 60 after a teenager was administered the vaccine and died from a blood cot.
While American lawmakers have taken steps to shield US pharma companies from any legal blowback caused by COVID vaccines, drugmakers in Europe haven’t been so lucky.
Months ago, the family of an Italian woman who died from a case of vaccine-linked clots sued the vaccine company.
Last week, German scientists may have pinpointed these blood clots’ cause, which can be eliminated with a relatively easy tweak.
Regulators first began examining these unusual blood clots cases in April and now are suggesting people over 60 should avoid AstraZeneca.

OUT OF MIND » BREAKING NEWS & HOT TOPICS » COVID-19 » AstraZeneca’s COVID Jab Should Be Halted For People Over 60: EMA