OUT OF MIND » BREAKING NEWS & HOT TOPICS » THE GREAT RESET » “Genetically Edited” Food – The Next Stage of the Great Reset?

“Genetically Edited” Food – The Next Stage of the Great Reset? 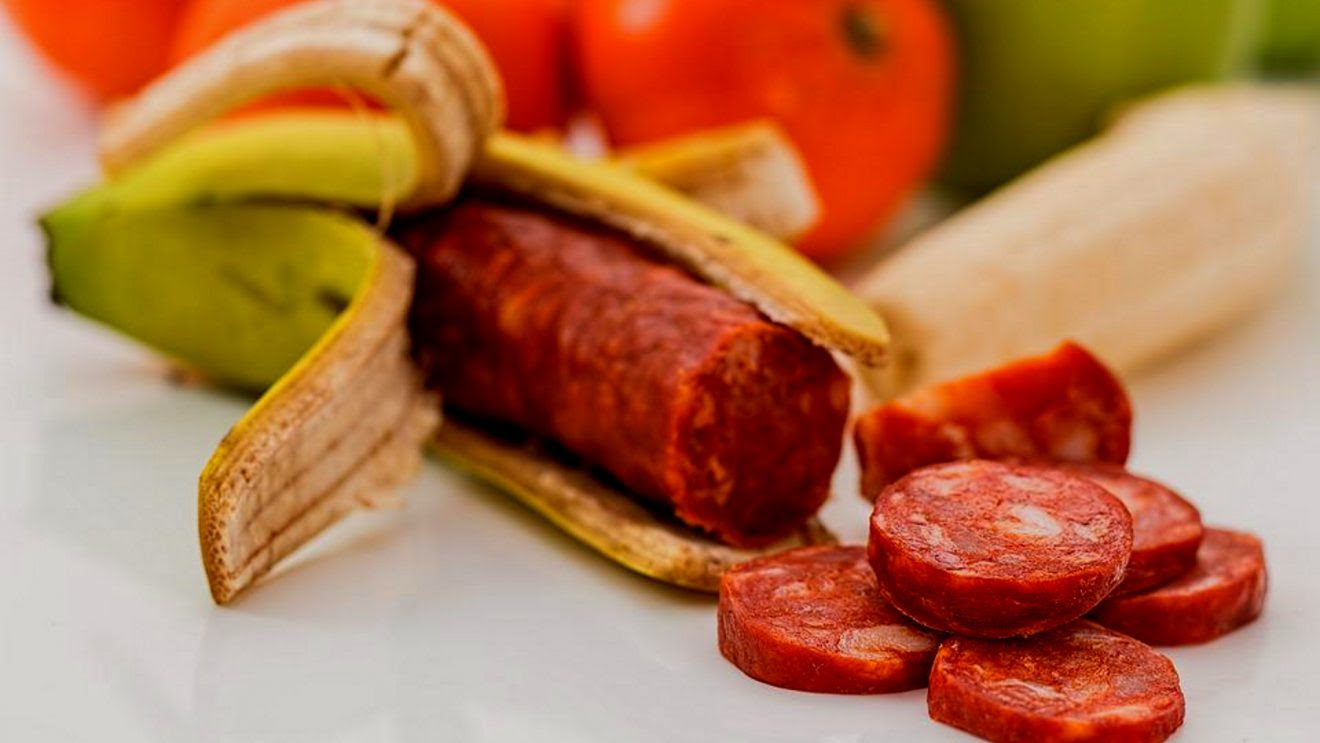 “Genetically Edited” Food – The Next Stage of the Great Reset?
by Kit Knightly, OffGuardian
May 12, 2022

The Queen’s Speech was interesting this year.
For all the people outside the UK who don’t understand what the “Queens Speech” actually is, it’s a farcical state occasion in which the Queen (or, in this case, Prince Charles since her majesty is ill/secretly dead/having “mobility issues”) makes a speech about what “her government” intends to do for the next 12 months.
Of course, the Queen doesn’t actually write the speech, or have any input on its content, or have any control at all over what “her” government intends to do. She’s just a mouthpiece in a big gold hat.
It’s the UK equivalent of the State of the Union, only done in Halloween costumes made out of shiny stolen rocks.
The whole thing is nothing but a grand, gilt statement of intent from the British Deep State, wrapped in mink and draped in medals they never earned. It’s a joke, but it is worth listening to.
Or, if you have a sensitive stomach, you can just read the full text the next day on the UK government’s website (that’s what I do).
A lot of the content is entirely predictable.
More money to Ukraine, with a promise the UK will “lead the way in championing security around the world”. More online censorship via the “Online Safety Bill”. A compulsory register for homeschooled children via the “Schools Reform Bill”.
There’s also mention of “securing the constitution” by introducing the UK’s own “Bill of Rights”. We broke down that particular Trojan Horse back in February.
But the part I found most interesting is the stated plan to “encourage agricultural and scientific innovation at home” via the proposed Genetic Technology (Precision Breeding) Bill.
The proposed bill (which, for some reason is not available through the parliament website) follows on from DEFRA’s announced “loosened regulation” of genetic research back in January.
To quote the National Institute of Agricultural Botany (NIAB), the legislation would “take certain precision breeding techniques out of the scope of restrictive GMO rules”.
Essentially, this would see new “gene-edited” foods as distinct from old-fashioned “genetically modified” foods, and therefore not subject to the same rules and oversight.
The [url=https://www.gov.uk/government/news/plans-to-unlock-power-of-gene-editing-unveiled#:~:text=Gene editing is different from,way as genetically modified organisms.]claimed distinction[/url] is that gene editing, as opposed to genetic modification, doesn’t introduce DNA from other species. Therefore, in effect, is merely speeding up what could potentially naturally happen over time.
Now, you might think this is just semantics, and that such a law will just provide a loophole for ALL “genetically modified” foods to simply rebrand themselves as “genetically edited” foods, and thereby avoid regulation. But that is disgustingly cynical and shame on you for even thinking it.
All in all, this is pretty on-message stuff, and not especially surprising. What’s noteworthy is – by pure happenstance, I’m sure – it appears to coincide with a renewed push on the GM food front in other countries all over the world.
In December 2021, Switzerland added an amendment to its moratorium on GMO crops, permitting the use of certain [url=https://european-biotechnology.com/up-to-date/latest-news/news/switzerland-paves-the-way-for-genome-editing.html#:~:text=Switzerland is keeping its moratorium,the Swiss Genetic Engineering Act.]“gene editing” techniques[/url].
Last month, Egypt announced their new strain of GM wheat. Just two days ago, Ethiopia’s National Agricultural Biotechnology Research Center announced they had researched, and the country will now be growing, genetically modified cotton and maize.
Despite Russia’s sweeping ban on the cultivation and/or importing of genetically modified crops, they have nonetheless created a 111 billion Ruble project to create up to 30 varieties of genetically edited plants and farm animals.
Britain’s deregulation of GM food is always described as a “post-Brexit” move – with the EU chided around the world for its “precautionary principle” on GM crops – and yet as long ago as last April, the EU was calling for a “rethink” on GM crops.
In fact, just today, European Biotechnology Magazine reports:

WHY THIS? WHY NOW?
So, we’re seeing a sudden increase in the variety of GM crops available and a simultaneous push for deregulation of the industry in Western nations.
Why would they be doing this now?
Well, there is a food crisis.
Or, more accurately, they have just created a food crisis. And as the cliched Hegelian dialectic inevitably goes, their manufactured “problem” is now in need of their contrived “solution”.
We should expect to see genetic engineering pitched as a solution to our food crisis in the very near future…like yesterday. Or indeed, two months ago.
That’s how fast they work now, with barely a pretence at concealing the plan. Spitting out the answer so fast they make it obvious they knew the question beforehand.
On March 15th, when the “special operation” in Ukraine was less than 3 weeks old, the Time was already headlining:

The Ukraine-Russia conflict has demonstrated the fragility and vulnerability of global and European food supply chains. Around the world, governments in leading agricultural-producing countries are now catching up with the United States, both to better legislate gene-edited (GE) products, as well as differentiate them from the older Genetically Modified Organism (GMO) technology, and its negative connotations to some consumers, commentators, farmers, retailers, politicians and lawmakers.

And just today, the Genetic Literacy Project published an article by Ukrainian-Canadian David Zaruk, railing against the EU’s “precautionary principle” on GMOs and calling for an embracing of “new technology” to prevent widespread hunger and increase food sovereignty.
It goes on and on and on.
…LET’S NOT FORGET CLIMATE CHANGE, GUYS
Of course, it’s not all about the food crisis – giving corporate giants free rein to genetically alter all the food we eat will also be good for the planet. They talk about that a lot recently.
On February 8th this year, the University of Bonn published a new study claiming “Genetic engineering can have a positive effect on the climate”
On February 24th this year, the Cornell-based NGO “Alliance for Science” published an article claiming “GMOs could shrink Europe’s climate footprint”, based on the study mentioned above.
In a response to the Queen’s Speech, the UK’s National Institute of Agriculture and Botany claimed that genetic modification will make farming “more sustainable”.
In a reminder we’re not just talking about crops but genetically engineering livestock as well, in February Deutsche Welle suggested that genetically altered “Climate sheep and eco pigs could combat global heating”.
Three weeks ago, Stuff.NZ asked simply:

Can GM save the planet?”

The narrative is clearly set: Genetically engineered food will save us all from the food crisis, and global warming too. Plus anything else they can think of.
THE KNIVES ARE OUT FOR ORGANICS
Not content with the semi-constant fluffing of the GM business, the MSM are also turning their guns on organic farming and giving it both barrels.
The Wall Street Journal reports:

The Telegraph blames organic farming policies for “tipping Sri Lanka into bloody chaos”
The “Allliance for Science” article mentioned above goes out of its way to criticise the EU’s pro-organic “farm to fork” plans, claiming “[organic farming] has lower yields and would be associated with increases in global [greenhouse gas] emissions by causing land-use changes elsewhere”.
Meanwhile, Erik Fyrwald, the CEO of the Swiss agrochemicals group Syngenta (so possessing somewhat of a conflict of interests), told Swiss newspaper NZZ am Sonntag that the West must “stop organic farming to help future food crisis”, adding that organic farming is worse for the planet, because ploughing up fields releases more carbon dioxide into the atmosphere.
We already saw wellness “cults” accused of peddling “anti-vax conspiracy theories” last year, this will easily extend to organic farmers and their customers.
NOTE: In an interesting (again, probably totally accidental) parallel, the currently simmering “Bird Flu outbreak” has also hit organic and free-range farmers hard, with one (sponsored) Guardian article asking if “year-round” bird flu could spell “the end of free-range eggs”.
CONCLUSION
Having just seen how the Covid19 “vaccine” campaign unfolded, it’s not hard to see how the pro-GM push will go from here. Genome-edited crops and farm animals are going to become the new “settled science”.
They will be sold to the public as cheaper, more nutritious, better for the environment and good for “preventing future pandemics” (yes, they literally did say that already).
Naturally, anyone who resists the push for gene-edited food, and/or mourns the planned death of organic farming, will be accused of “questioning the science”.
Eating British GM foods will be “doing your part” and “helping Ukraine”, while people who want more expensive organic products will be deemed “unpatriotic” or “selfish”.
Just as we saw Covid sceptics denounced as spreading “Russian disinformation”, despite Russia’s willing complicity in the Covid lie, those who argue against genome-edited food will be said to be “sharing Russian talking points” or “doing Putin’s work for him” despite Russia being well onboard the gene-editing train.
It all gets very predictable from there. Organic farmers will probably be “anti-vaxxer conspiracy theorist Russian spies” by the end of the summer.
…This probably explains why Bill Gates was buying up so much farmland last year, too.

OUT OF MIND » BREAKING NEWS & HOT TOPICS » THE GREAT RESET » “Genetically Edited” Food – The Next Stage of the Great Reset?