Criticism of the Pharma Cartel and Its ‘Business With Disease’ Is Becoming Mainstream Sun Sep 25, 2022 9:01 am 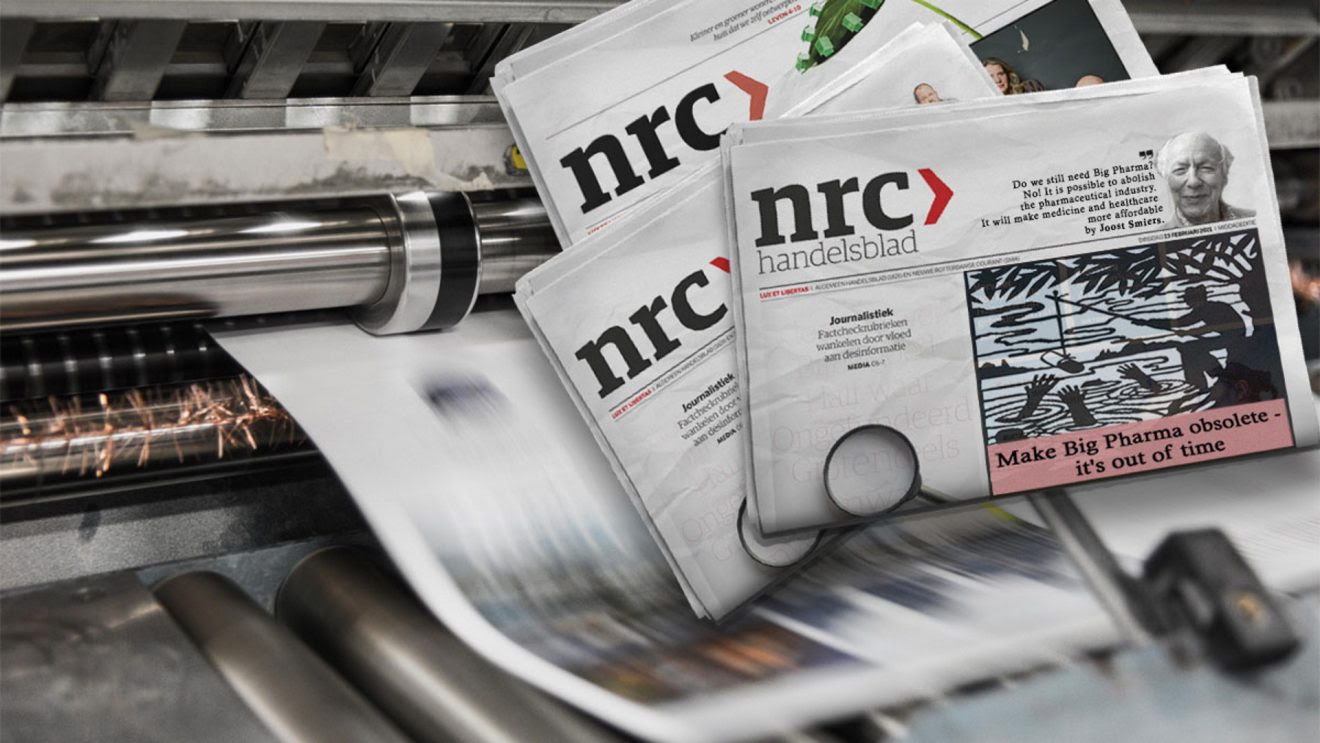 In his classic nineteenth century novel ‘War and Peace’ Russian writer Leo Tolstoy observed that “the strongest of all warriors are…time and patience.” I was reminded of these words recently when coming across an article in the Dutch newspaper NRC which called for the drug industry to be abolished. The article echoed words from a quarter of a century ago, contained in a speech given in the city hall of Chemnitz in Germany, in which physician and scientist Dr. Matthias Rath called for the pharma business to be outlawed. Explaining how its profits depend upon the maintaining and expanding of health problems on a global scale, Dr. Rath accused the ‘business with disease’ of being incompatible with the fundamental principles of human rights. Back in 1997, this type of open criticism of the drug industry and its unscrupulous business model was almost unheard of. Today, however, with the passage of time, the publication of the NRC article illustrates that it is becoming mainstream.
Authored by Dutch political scientist Joost Smiers, the NRC article describes how society is now at the mercy of the pharma business and its shareholders. “As far as I am concerned,” Smiers writes, “it is high time to break the societal feeling of powerless towards Big Pharma.”
Asking whether we still need drug companies, Smiers says that in his opinion the answer is “no.” Clearly, when such thoughts are published in a mainstream European daily newspaper, there can be no doubt that we are living in changing times.
Making pharma obsolete
Pointing out that research into medicines can be done separate from the pharma industry, at universities and other independent research institutes, Smiers argues that substantial research funds should be established, fed from public funds, with independent committees deciding which diseases and researchers funding should be directed towards. Smiers stresses the importance of these committees functioning at arm’s length from governments. Crucially, he also proposes that alternative health therapies such as vitamins could benefit from this approach.
Just as importantly, Smiers stresses that all knowledge resulting from medicines research should be publicly and freely available. Mirroring the long-time position held by Dr. Rath and our Foundation, he adds that there should be no more patents involved – thus avoiding the present situation whereby patent owners have a monopoly on the use, or non-use, of scientific knowledge.
Smiers further addresses another key barrier to the ethical functioning of healthcare systems, namely, the sale price of medicines. Here, he proposes that companies paid to manufacture medicines resulting from independently funded research should provide them at cost. A levy could then be added on top of this low price to help fund future research projects. In this way, Smiers explains, the commercial weight of pharma industry shareholders and marketing can be eliminated. Ultimately, he sees the pharma industry being bought out or expropriated, and essentially being made obsolete.
Smiers readily acknowledges that drug firms based in the major pharmaceutical manufacturing countries will not let any of these things happen silently. He points out however that today’s pharmaceutical companies are “horrifyingly powerful monopolists,” adding that “they are not loved, to put it mildly,” and that this creates opportunities.
“If we make Big Pharma obsolete,” writes Smiers, “we kill several birds with one stone. Healthcare becomes more affordable. All the knowledge needed to develop medicines will no longer be surrounded by patents but will return from private to public ownership. Moreover, access to medicine will once again become a human right, and no longer the plaything of Big Pharma shareholders. They have no business in our health care system. They should stay far away from it.”
A new era in medicine
Smiers’ article clearly echoes some of the key ideas and concepts contained in Dr. Rath’s 1997 Chemnitz speech. Prior to Dr. Rath giving this speech, it was practically unheard of for anyone to publicly accuse the drug industry of being the main obstacle to medical breakthroughs in the control of diseases. As a result, the fact that pharmaceutical companies have a direct financial interest in the continued existence of diseases was simply not widely appreciated at that time.
Not only did Dr. Rath’s Chemnitz speech open the floodgates to more widespread criticism of the drug industry and its business model, however, it also introduced people to the possibility that, by taking advantage of new discoveries in the field of cardiovascular disease, heart attacks and strokes were now preventable through natural health approaches based on the use of vitamins and other micronutrients. In doing so, this laid the foundations for a new system of healthcare in which, as a first step, the preservation and improvement of health should be declared an inalienable human right. Towards achieving this goal, Dr. Rath stressed the importance of subjecting medical research and the licensing of drugs to a comprehensive system of public control.
Following the publication of Joost Smiers’ article in the Dutch newspaper NRC it is now clear that, a quarter of a century after Dr. Rath gave his historic Chemnitz speech, we stand on the verge of a new era in medicine. Abolishing the pharmaceutical industry is a prerequisite for transforming healthcare and making access to it a human right. The sooner we can reach this worthy goal, the better it will be for all of humankind.

Paul Anthony Taylor is Executive Director of the Dr. Rath Health Foundation and one of the coauthors of our explosive book, “The Nazi Roots of the ‘Brussels EU’”, Paul is also our expert on the Codex Alimentarius Commission and has had eye-witness experience, as an official observer delegate, at its meetings.