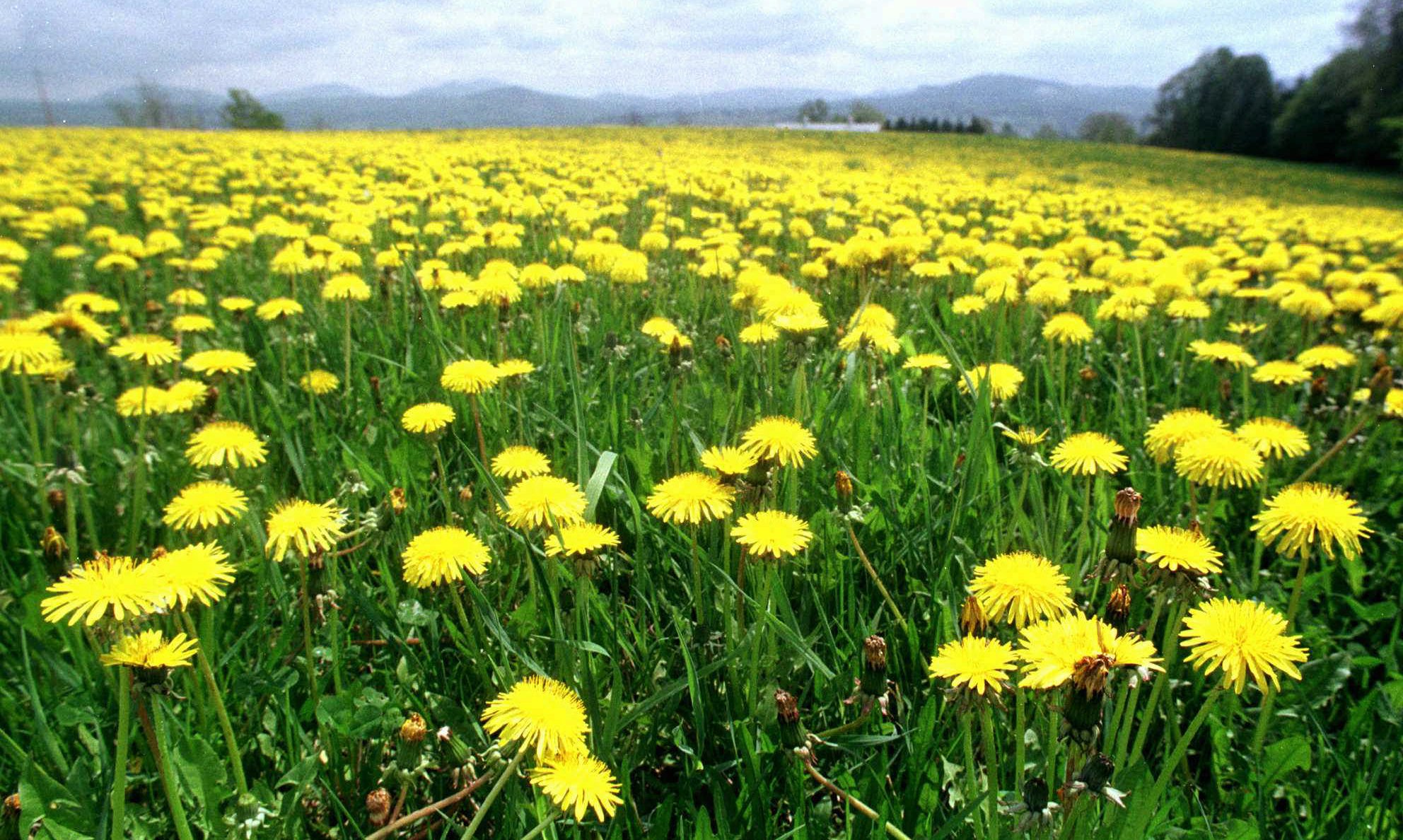 Don’t kill these wonderful flowers! I eat these flowers in my salad…delicious! The whole plant is edible!
Dandelion is a very rich source of beta-carotene which we convert into vitamin A. This flowering plant is also rich in vitamin C, fiber, potassium, iron, calcium, magnesium, zinc, and phosphorus. It is a good place to get B complex vitamins, trace minerals, organic sodium, and even vitamin D. Dandelion contains protein too, more than spinach. It has been eaten for thousands of years and used to treat anemia, scurvy, skin problems, blood disorders, and depression.
Cancer – Dandelion acts against cancer to slow its growth and prevent its spread. The leaves are especially rich in the antioxidants and phytonutrients that combat cancer. 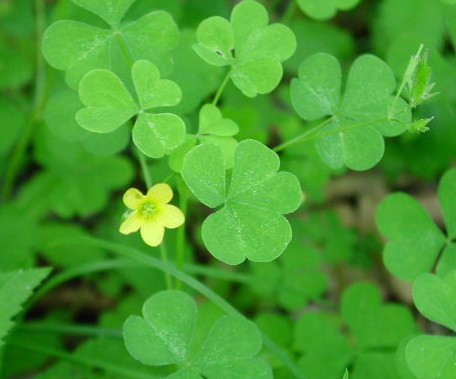 Wood Sorrel-  Oxalis, another common name for this plant, literally means “sour” and is named as such due to its oxalic acid content. Many domesticated vegetables, including spinach and broccoli, also contain oxalic acid, which is considered toxic when consumed in large quantities because it inhibits the absorption of calcium. Oxalic acid is not considered a problem when consumed moderately and with a varied diet, however people with gout, rheumatism, arthritis, hyperacidity and kidney stones should avoid it.

Wild Lettuce, It is known for having mild sedative and pain relieving properties, due to a milky substance called lactucarium which is found in the leaves and stem of the plant. The effects of lactucarium are considered to be similar to opium, though the substance contains no actual opiates. These effects earned wild lettuce the common name of opium lettuce.

They have wild lettuce in smoking blends…I have smoked wild lettuce it was kind of hard on the throat but I definetly felt relaxed after smoking it. Although, I don’t encourage smoking…honestly you are sometimes better off just not smoking anything at all.

Chickweed, helps the body absorb nutrients better.
It is a safe and nourishing herb for a person of any age to take over several months when weak, chronically tired from overwork and stress, traumatized, anemic or recovering from a long-term illness or surgery.

Chickweed benefits women working to reduce and eliminate breast cysts, ovarian cysts, uterine fibroids or lymphadema. Eat a few fresh handfuls chopped into salad as often as possible or take a glycerite, succus or tincture made from the fresh herb two to three times per day over several months. Continue using the herb as a preventive three to four times a week after the growth disappears or is removed surgically. Clover, The herb reduces breast inflammations (mastitis) and breast pains. It detoxifies the lymph, lungs, liver, kidneys, and blood. In cases of gout, it is useful for decreasing the concentration of uric acid.
It is also a good expectorant, and soothes the spasms of the bronchi, convulsive cough and children’s cough. It is anti-asthmatic and reduces the symptoms affections, such as syphilis; it stimulates biliary secretion and relaxes the muscles.
The herb has other uses too: it decongests the salivary glands, decreases arthritis pains, and reduces ocular inflammations. It has a relaxing effect on the nervous system, adjusting the psycho-emotional balance and contributing to the development of communication abilities.

» Could You Actually Benefit from High Blood Pressure?
» High Blood Pressure Cured By Cutting Out ONE Ingredient
» Edible Plants 'Talk' To Animal Cells and Promote Healing
» [WARNING :If you're currently taking any prescription drugs for your high blood pressure… STOP right now and READ THIS!
» Living Off the Land: 52 Highly Nutritious, Wild-Growing Plants You Can Eat