OUT OF MIND » THE INSANITY OF REALITY » GOVERNMENTS & THE NEW WORLD ORDER » A massive mural featuring 20,000 of Trump's lies has been installed in Soho

A massive mural featuring 20,000 of Trump's lies has been installed in Soho 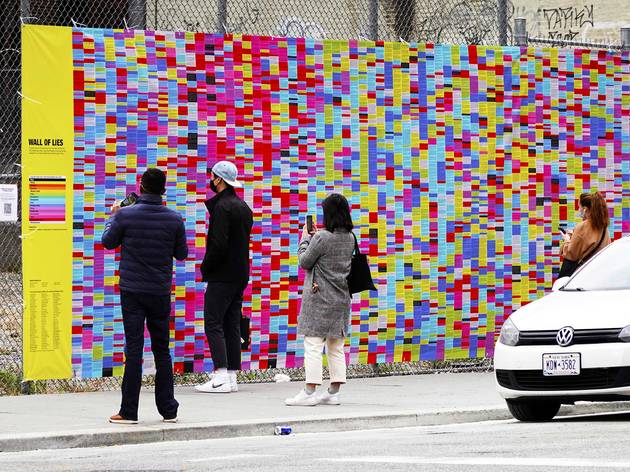 Photograph: Phillip Buehler
A massive mural featuring 20,000 of Trump's lies has been installed in Soho

The public artwork is back after being vandalized at its first location.
By
Will Gleason


Well, Donald Trump finally got his wall.
As we barrel ahead toward election day, a new installation put up in Soho takes 20,000 false and misleading statements from President Trump and fashions them together to create a massive, 100-foot long mural full of his quotes. (The lies included in the piece were all documented and fact-checked by The Washington Post.)
In fact, this isn’t the first time the mendacious mural has been erected in the city. On October 3, Radio Free Brooklyn installed the first iteration of the piece in Bushwick outside of Pine Box Rock Shop. That first piece drew media attention, and even a visit from Senator Chuck Schumer, but was subsequently defaced with an assortment of pro-Trump slogans including “Vote Trump or Die” and “Stand Back and Stand By.” 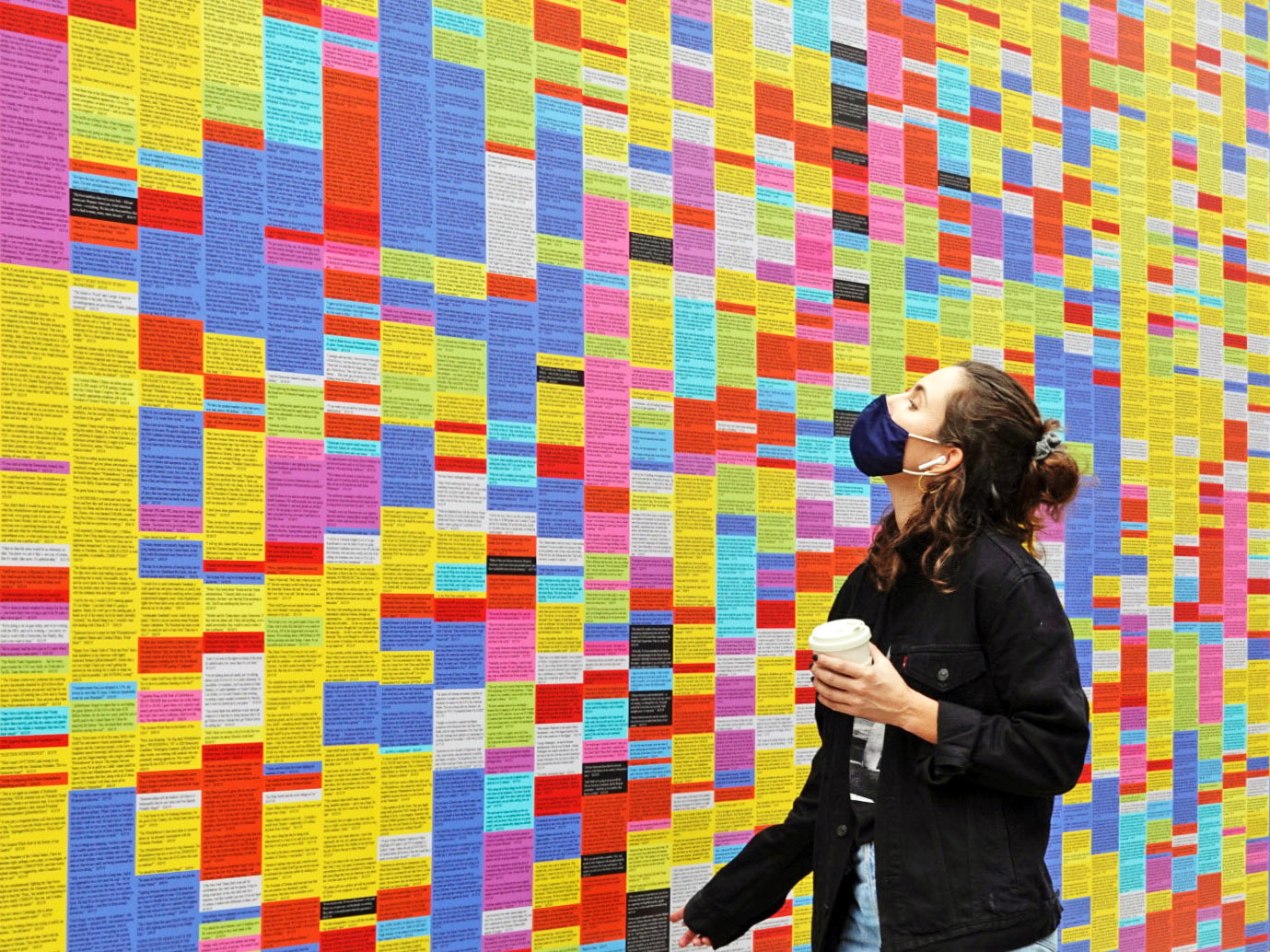 Photograph: Phillip Buehler
Not willing to let that act of vandalism silence them, the organizers behind the mural launched a fundraising campaign to create a new mural. After raising over $4,000, the team was able to install a new piece that’s twice the size of the original on the corner of Lafayette and Grand Sts. in Manhattan.
The thousands of lies included in the installation are helpfully categorized by color-coded topics. All the greatest hits are there including Russia, Coronavirus, Ukraine, Taxes, Immigration and more. Check out the new public artwork for yourself and, if you haven’t already, don’t forget to make a plan to vote in next week’s general election. 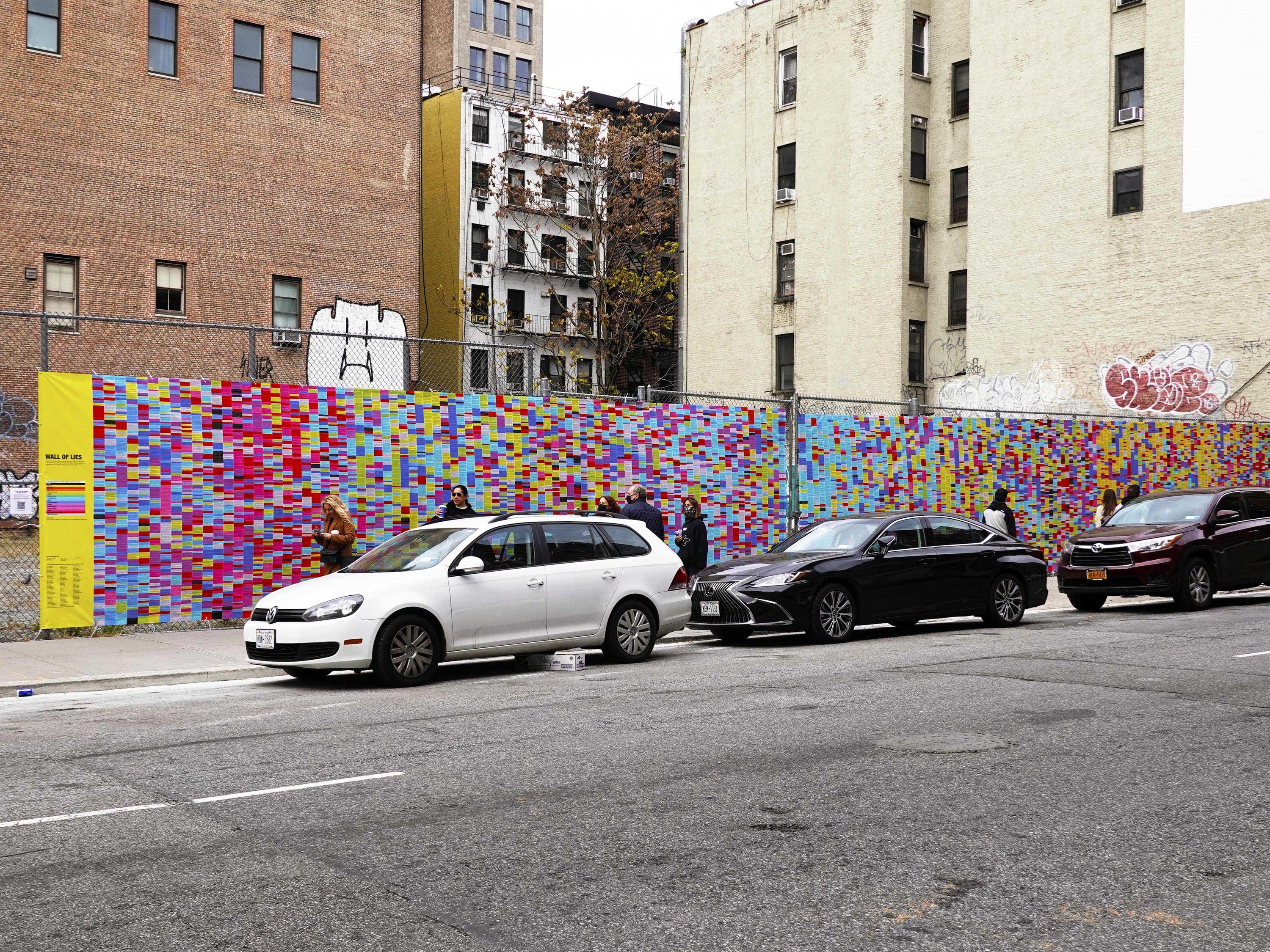 OUT OF MIND » THE INSANITY OF REALITY » GOVERNMENTS & THE NEW WORLD ORDER » A massive mural featuring 20,000 of Trump's lies has been installed in Soho