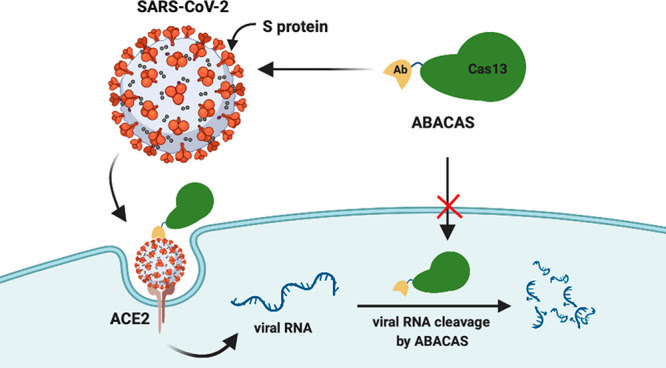 Right under our noses, the National Institutes of Health has published the “Double-Barreled CRISPR Technology as a Novel Treatment Strategy For COVID-19”, which articulates how to deal with the heavily propagandized COVID19 pandemic using the CRISPR gene editing technology.

In its Abstract it says:

https://www.ncbi.nlm.nih.gov/pmc/articles/PMC7469881/We highlight the application of CRISPR technology as an emerging pan-antiviral therapy. We also discuss the challenges of in vivo delivery of CRISPR components and propose novel approaches to achieve selective delivery exclusively into SARS-CoV-2-infected cells with high efficiency by hijacking the surface proteins of SARS-CoV-2.

What that means is that we would take the long detour of editing our genes first, that would then trigger the autoimmune system to develop resistance to the modified genes that look like the COVID19 virus via CRISPR, to fight off the invading viruses.
This very circuitous way of dealing with the problem, hoax or not, is a common feature of a scam, because no individual outside of the medical priesthood can verify how effective would it be, or that its results can only be verified using their own diagnostic infrastructure, which means that they can claim whatever they want, even when contrary to empirical evidence.
In the meantime, directly electrocuting all types of viruses in the bloodstream is already being done by thousands of individuals using the device described at the homepage of this website.
Anyway, to circumvent their post-publication censorship, a snapshot of the NIH article is saved here.

How useful is CRISPR technology?

There are three main applications for CRISPR. One is in manipulating genes to turn them on or off within people. Another is to create medications that can be infused, or in some cases, self-therapy—taking blood and certain cells out of a body, manipulating them with CRISPR, and then putting them back in.
The third, which sometimes is overlooked, is actually in farming. Both farming with animals as well as farming with crops. And in fact, the application of CRISPR to foods has already been done. There are companies that have already been using CRISPR to create enhanced foods to resist bacteria or viruses. To create even better-tasting foods. And that’s already being done.
Similarly, the application of CRISPR to animals has already been done. They actually call them CRISPR mice, and they are already being used in the research community. The ability to apply it to larger animals such as food animals is in the very near future.
In terms of human health, we can divide that into two different categories. One is taking cells out of the body, manipulating them in the laboratory—either removing a defective gene or adding and enhancing an ability to do something by turning on a gene or fixing a gene—and then putting those cells back in the body. That’s one category.
The other category would be actually injecting something into the body which can edit people’s genes so that within their own tissues those genes can either be turned on or off. And all of these have got some pretty profound complications and risks.
https://insights.som.yale.edu/insights/is-crispr-worth-the-risk

How risky is CRISPR Technology?

Research conducted in 2012 at the University of California, Berkeley, paved the way for using CRISPR-Cas9 technology to genetically engineer animal and human DNA. Scientists soon began touting the gene-editing tool as a marvel with the potential to cure and prevent a wide variety of diseases. But researchers at the Wellcome Sanger Institute recently published a study in Nature Methods that shows that use of CRISPR may cause a great deal of unintended genetic damage.
Researchers use CRISPR to alter sections of DNA in genes by cutting at specific points, and then either deleting genetic information or adding new material at those sites. But the technique can have negative consequences if it accidently modifies DNA researchers had not targeted. Until now, researchers only looked for unintended alterations in the immediate area of the CRISPR editing or else on different genes altogether.
One study, published in Nature Methods but later retracted, showed that CRISPR can cause hundreds of unintended mutations in genes other than the targeted one. Other studies looked at the area close to the site of editing and did not find any unforeseen alterations.
But, in the new study, researchers looked at an area within the targeted gene but not close to the specific point of editing. There they found that CRISPR frequently caused extensive mutations that could lead to switching important genes on or off and could cause dangerous changes in many cells. According to the researchers, the gene damage they found represented a common outcome of CRISPR and could affect many locations. “We found that changes in the DNA have been seriously underestimated before now,” Allan Bradley, one of the researchers, said in a statement, because the mutations were too far away from the target site for standard methods of analysis to detect.
Some experts are not alarmed. Fyodor Urnov, associate director at Altius Institute for Biomedical Sciences in Seattle, told Genetic Engineering and Biotechnology News that claiming CRISPR could cause disease-producing consequences represents an “extraordinary overstatement.”
Biotech companies, hoping to commercialize CRISPR, likewise downplayed the study. Tom Barnes, senior vice president of Intellia called the report “a little bit alarmist,” according to Genetic Engineering and Biotechnology News.And a spokesperson for Editas Medicine told the publication, “We are aware of, and not specifically concerned about, this latest bench research finding as we work to make CRISPR-based medicines.”
https://world.wng.org/content/crispr_danger

Why should we be concerned about CRISPR?

Both Moderna and Pfizer manufactured vaccines for COVID19 are of the novel mRNA type. mRNA vaccine is “more like a USB device (the mRNA) that is inserted into a computer (your body). It does not impact the hard drive of the computer but runs a certain program.”
The big question now is, who wrote the program for the COVID19 vaccines? What does the program actually do, aside from what’s already advertised?
Can we write our own program? Or, are we left in the mercy of the manufacturers to write the most beneficial instruction into the mRNA vaccines that the State is coercively forcing the population to inoculate themselves with.
Is there a periodic update to the mRNA software?
Another notable problem would be the specificity of the technology, i.e. when used as a vaccine, it can address only one type of virus. This means that they’ll keep on inoculating us well into the future, which give them unlimited power over our own selves.
They also said that even with a successful mass COVID19 vaccinations, we still can’t get rid of the masks and social distancing.
They really think we are that stupid!
What everyone needs to realize is that whatever the genetic engineers are trying to accomplish to justify their gene modification misadventures is already being done by the body itself.
Our own body has been responding to all types of stresses it is subjected to in real time. There’s no need to modify, or enhance, it in anyway at the genetic level. Those who are claiming otherwise have yet to proved that their chemotherapy does work.
For the most definitive protection of the entire family from the potential adverse effects of vaccinations, eliminate the risks and high costs of hospitalization, and help the body decisively cure itself from cancer, or any other conditions caused by any known and unknown type of viruses or bioweapons, try the electronic Virutron